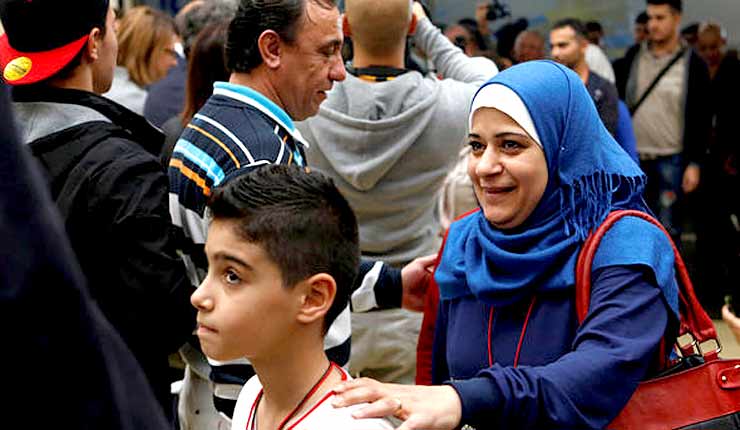 THE number of migrants living in Italy has exceeded five million, costing the country more than two billion euros, official figures have revealed

Asylum applications looks set to surpass the figure of 84,000 made last year.

More than 60,000 requests were made up to July this year, the second highest of any country within the European Union, only Germany has received more.

The figures were revealed by Giorgio Alleva, the president of ISTAT (The National Institute for Statistics) which supplies official figures and data for the government, during a hearing of the Parliamentary Commission.

Alluvia said: “The real novelty of recent years is the growing number of young immigrants and second-generation immigrants who become Italian.

“Those who obtain citizenship from their parents and those who were born in our country and at the age of eighteen choose to have Italian citizenship, increased from about 10,000 in 2011 to over 66,000 in 2015.”

The figure represents 8.3 percent of Italy’s total population which compares to France’s 6.6 percent and Germany with 9.3 percent.

Of those five million people, four million – 70 percent – come from outside the EU but have a regular residence permit.

According to Alleva, the number of foreigners living in the country increased by five times since 1998, which is the largest growth of any country in Europe.

The cost to the Italian nation was put at 2.093 billion euros, according to the President of the Commission Federico Gelli.

Alluvia also reported most of the legal migrants tended to live in the centre-north of the country, which offered better job opportunities.

Only 11 percent of migrants lived in the south whilst just five percent were scattered across the various Italian islands.

The gender balance of the migrants was fairly even with women only just in the majority on 51.4 percent.