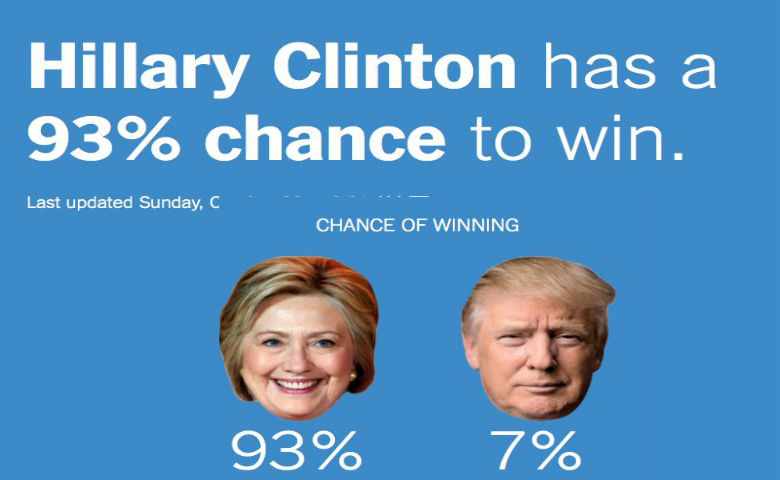 Stony Brook University Professor of Political Science Helmut Norpoth returned to Breitbart News Daily on Friday morning, two weeks after standing by his prediction that most polls were wrong and Donald Trump was highly likely to win the presidential race. Professor Norpoth was feeling rather good about that prediction on Friday.

Norpoth also confirmed, in response to SiriusXM host Alex Marlow’s first question, that it is indeed awesome to have a name like “Helmut Norpoth” and to hear it repeated with such gratitude and appreciation.

“I’ve just gone through a ton of emails congratulating me, and saying how happy people were that I made that prediction, that when it looked pretty difficult that it would come true, I stuck to it. It made a lot of people happy. That makes me happy,” he said.

However, Norpoth said he was not receiving any apologies from the political analysts and media outlets that said he was crazy for predicting Trump’s victory.

“Nobody ever apologizes for these kinds of things,” he mused. “That’s just the name of the game. I don’t expect that. But I’m happy to get the congratulations, and I know deep down how they must feel, that they thought I was just ridiculous and absolutely wrong, I would fall on my face, etc. That’s good enough for me to know that.”

Norpoth said the 2016 election was “a new phenomenon,” and Trump was a candidate unlike any other in recent memory.

“I think the polls just totally misjudged the potential and the kind of support that he engendered, and he just fell through the cracks of how they poll people – how they wait, whatever they get from the polls, to make a sort of forecast of the electorate, and it was just so way off,” he said. “Any time I looked at a poll, at some of the fine print about the breakdowns to see what they were weighting, I always saw a very heavy Democratic preponderance, which I thought was way off, even bigger than in 2012. So I had a feeling right away that that wouldn’t be true, that we wouldn’t get an electorate that was just like that, and so I always figured that Trump’s chances were much better than these polls indicated.”

“When they report, for example, how many Democrats they have in the poll, how many Republicans, independents, usually if they do that – many, many don’t do that – of the kind of subsample they call the electorate, the ‘likely voters.’ And they tell me, like ABC,Washington Post, I follow them pretty closely, at some points they had leads of ten points, ten percent more Democrats than Republicans. And in the end, it was four points. I knew four years ago it was only six, so ten points was just way, way off, and so if you made an adjustment for that, you could see right away how that would narrow,” Norpoth explained.

“I just feel very skeptical about the way that they handled the information that they get from polls,” he declared.

When Marlow asked if there was any method for “keeping these people in line for future polls,” Norpoth laughed and asked if he was referring to the pollsters or the voters.

On the assumption that pollsters truly want their surveys to be accurate, rather than using deliberately slanted surveys as tools to manipulate public opinion, Norpoth predicted “a pretty thorough investigation of the polling business.”

“I think they’re very concerned about that because this kind of polling is very important to them. It’s sort of a public benchmark about how they’re doing with other things. If people can see that something happens in real life that you can sort of check against what they’re doing, then some people might be sort of skeptical about doing business with them,” he said.

“Remember Gallup after that last election – Gallup had done this business for 80 years,  and you did figure Gallup really knew what it was doing – decided to quit this type of polling,” he recalled. “So you didn’t see Gallup any more, and I think that’s a sort of a real sad commentary on the business.”

Professor Norpoth discussed his prediction model in more detail in an op-ed published atNewsday on Thursday: “This is How Change Trumped Experience in 2016.” His new book, Commander-in-Chief: Franklin Roosevelt and the American People, will be released soon.