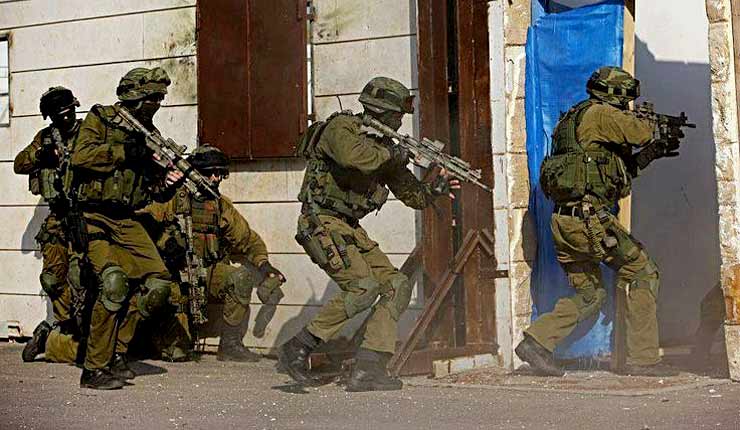 If ISIS or other terror groups expand their operations against Western nations, Europe should look to Israel as “a welcome guide in navigating the difficult moral, legal and tactical terrain ahead,” a Nobel Peace Prize winner wrote Thursday in The Telegraph.

Lord David Trimble, the Nobel laureate and former First Minister of Northern Ireland, and Robert Quick, a former assistant commissioner in charge of anti-terrorism for London’s Metropolitan Police, observed that even if ISIS is defeated in Iraq and Syria, its fighters could still target European nations. Those countries face challenges not only in protecting their citizens, but also in sustaining “our societies’ liberal and democratic values in the face of this brutal menace.”

Trimble and Quick recommended expanded cooperation with “those who share our values and can help us build our capabilities.  One country fits this bill better than most – no democratic nation has endured Islamist terrorism to the extent that Israel has. ”

The writers recounted their experience on a recent fact-finding mission to Israel, which they took along with senior figures from the FBI, Australian National Police, and other law enforcement bodies. They found that despite the decades of terrorism that has been committed against Israeli civilians, the country has been “become extraordinarily resilient, coping with stresses until recently unimaginable to European policymakers, while flourishing as an economically successful democratic nation.”

As a result of their fact-finding trip, Trimble and Quick identified four elements of Israel’s fight against terror that should be adopted by European nations.

The first is Israel’s intelligence prowess. Europe must work on improving its intelligence capabilities. They noted that “Israel’s governance of the interagency process, so crucial to success, appears to offer a model with strong political and judicial oversight relevant to other democracies.”

A second feature that Europe should emulate is its system of legal governance of its counter-terror operations, including “bringing more legally mandated judicial oversight to intelligence activity that cannot be conducted on the basis of open evidence.” This will help European countries maintain an open society while fighting “an enemy that ruthlessly exploits the very freedoms our generous political and social systems afford our citizens.”

Trimble and Quick also praised Israel’s resilience, specifically citing Israel’s “ability to overcome and return to normality” within hours of an attack.

The last feature of Israel’s terror fight that should be adopted, they wrote, is in its approach to social media, which has “provided the medium to fuel both the rise of Islamic State as well as the recent terror wave against Israel.” They predicted that Europe will be challenged in the coming years with balancing freedom of expression with the readiness to respond when social media platforms are used to incite violence.

Israel is on the frontline of the West’s confrontation with Islamist terrorism and a crucial ally. One thing is clear: its expertise will help save European lives and act as a welcome guide in navigating the difficult moral, legal and tactical terrain ahead. Britain’s spirit in previous conflicts bodes well for this great country matching Israel in resolve to overcome the murderous hatred we now face.


A woman ‘calling for jihad’ was invited on a German talk show Muslim-Zionist Activist: ‘Antisemitism Is the Norm in the Islamic Community, But the World Will Come to Realize Its Mistake About Israel’