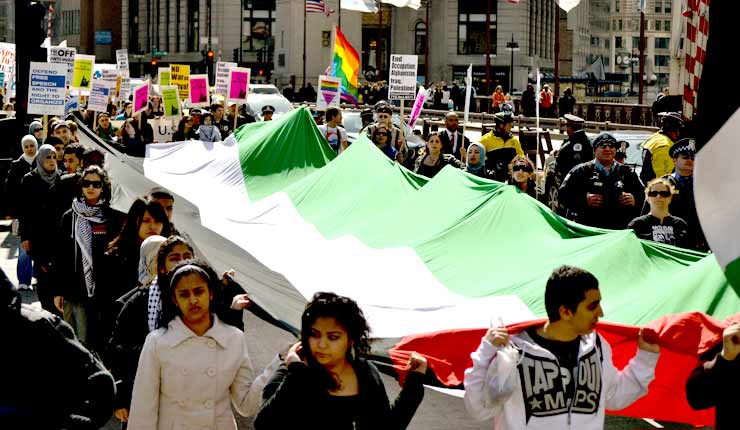 So, a protest riot broke out in peaceful downtown Chicago. Who is to blame?

Donald Trump of course! If he is in the room when anything untoward happens it’s his fault.  In this latest display of suck-up to Sharia, the mainstream media is not reporting what actually went down.

This was not a spur of the moment, thugs getting their panties in a wad, beef with a white guy. This was a well-organized, well-executed attempt by the thugs and the Sharia Law Islamofascists among us to try and throw their weight around.

Ummmm…that is not the Black Lives Matter mantra. This is not the Sanders fan-base mantra—they’re too wussy. This was not the Latino angry-of-the-wall clan.

This was the rise of the Caliphate.

Where is our president?   Nowhere. Oh, wait, that’s not true. He’s busy with his SXSW speech to the idiot masses about how freedom of speech should be regulated.


Muslim-Zionist Activist: ‘Antisemitism Is the Norm in the Islamic Community, But the World Will Come to Realize Its Mistake About Israel’ Austria: One-third of Muslim youth in Vienna are « Anti-Semitic, homophobic and sympathising with Jihad »