Trump and Israel: A test of intent 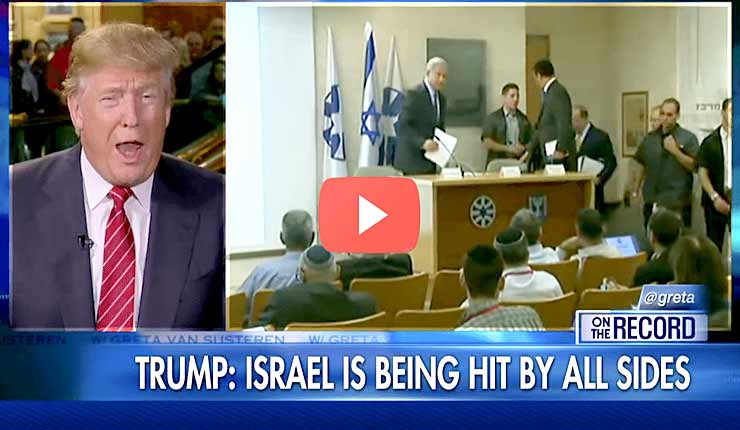 “Ladies and gentlemen, we have a revolution,” and what’s more: The people beat the establishment and handed Donald Trump, detested by both Democratic and Republican establishments alike, this victory. The American public said no not just to Hillary Clinton, but to the Barack Obama legacy. It was also another dark day for pollsters, pundits and allotment of “experts.”

Any analysis about Trump’s presidency cannot ignore the expected foreign policy aspect — including the Israeli context. Had Clinton been elected president, we could have approximated her tendencies in advance — namely the continuation of Obama’s policies in the Middle East and on the Russia and China fronts as well. On the Israeli-Palestinian front she would not have diverged from such widely accepted conventions as direct peace talks between the two sides, principled adherence to the Green Line demarcation with land swaps, opposition to settlements — while applying less pressure than Obama and in any case, free of his worldview seeking to “mend hearts” while bringing the United States closer together with the Arab and Muslim world.

What do we know about Trump’s foreign policy? Truthfully, not much. Alongside his purported isolationism are declarations that he will increase his country’s defense budget. In contrast to his criticism of NATO, he was quick to announce that the U.S. will uphold its commitments to its allies. Indeed, a new poll shows again that Americans, including those who voted for Trump, want their country to keep playing an active role in the international arena.

Trump promised to work to annul the nuclear deal between Iran and the West. While it remains to be seen whether such an endeavor is realistic, it is still safe to assume that Washington’s rapprochement with Tehran, spearheaded by Obama, will cease in its tracks. In this context, it is worth mentioning that it was exceedingly prudent of Israel to sign the long-term defense pact with the current administration.

Regarding Israel, Trump’s statements have been pleasant to our ears, including his well-documented promise to transfer the U.S. Embassy to Jerusalem. To be sure, the future will show whether this declaration of intent is followed with concrete action, or relegated to the dustbin of unfulfilled promises. On the Palestinian issue, we have heard contradicting statements, and for Israeli diplomacy it is clearly a mission of immense importance to preserve our interests with the Americans. Trump’s first meaningful test pertains to the agreement between George W. Bush and Ariel Sharon on the large settlement blocs — an agreement that Obama ignored. Another critical result of these elections is that in contrast to all the expectations, the Republicans maintained their majority in both houses of Congress — which factors prominently in the administration’s conduct with Israel.

The joker in the deck of these predictions is Obama. Will the outgoing president use the United Nations to handcuff Trump on the Palestinian front, or will he prefer to observe from afar how his successor chooses to tackle these issues.


Paris Attacks One Year Later: Greater Worldwide Effort Necessary to Combat Extremism Angela Merkel is warned that the 'Trump effect' will see a surge in votes for right-wing