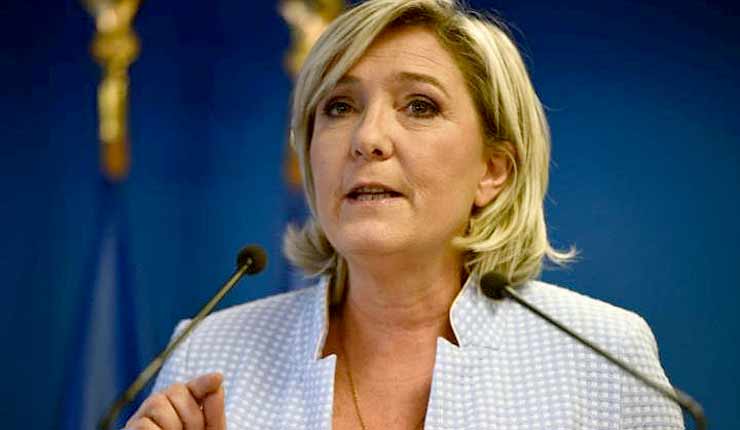 Share
Tweet
In Paris, it was a Front National festival.As the country woke up in shock, the first French politician to offer The Donald felicitations on his upset victory was a smiling Marine Le Pen, congratulating herself on having called it right again after Brexit.

Then came her closest aide, Florian Philippot, and her niece Marion Maréchal-Le Pen. The next domino to fall, they implied, would be France in next year’s presidential elections.

While the expression worn by François Hollande – the face of a dozen funeral commemorations – seemed to be more of a comment on his own coming defeat, his foreign secretary Jean-Marc Ayrault broke diplomatic protocol to imply defiance: “Mr Trump’s victory is cause for much worry.”


Angela Merkel is warned that the 'Trump effect' will see a surge in votes for right-wing Muslims in Italy: ‘Give Us Back Our Mosques or We Will Pray to Allah in the Vatican’