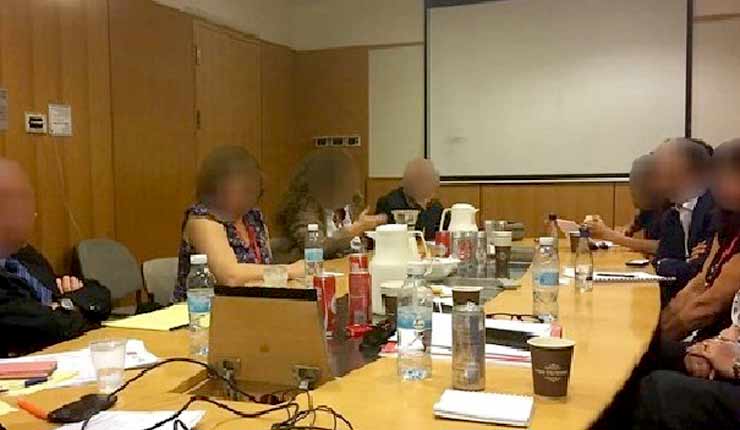 Rabat – Israel is currently hosting a team of seven Moroccan journalists in Tel Aviv to “improve the image of Israel in the Arab World,” according to reports from Al-Jazeera and several media organizations from the region.

The group consists of five women and two men, according to Hassam Kabia, a spokesman to the Arab world for the Israeli Foreign Ministry.

“The aim of the visit is to inform journalists about the reality of the situation in Israel,” Hespress quoted Kabia as saying.

The program, which does not involve diplomatic contacts from Rabat or Jerusalem, has hidden the name of the Moroccan journalists participating in the exchange to protect the professionals’ credibility. The exact dates of the group’s stay in Israel have not been released.

The journalists will speak with military and political advisors, Supreme Court justices and citizens living at the border dividing Israel and the Gaza Strip.

Hamas, which governs the Gaza Strip, tweeted in response to the Israeli government’s new initiative.

“We are surprised and deplore the steps taken by a Moroccan media team by visiting Israel with the goal of sprucing up the image of Israel in the Arab media,” the post read.

Moroccans are accusing the government of normalizing its ties with Israel by allowing it to participate on the United Nations climate change summit COP22 currently taking place in Marrakech.  Many have protested the presence of the Israeli flag among the flags of member states taking part in the summit.

As a host country of the COP22, Morocco cannot prevent Israel from participating in the U.N. sponsored climate talks due to the Jewish State’s status as a member of the United Nations.