Today: UN to condemn Israel 10 times; 3 for the rest of world combined 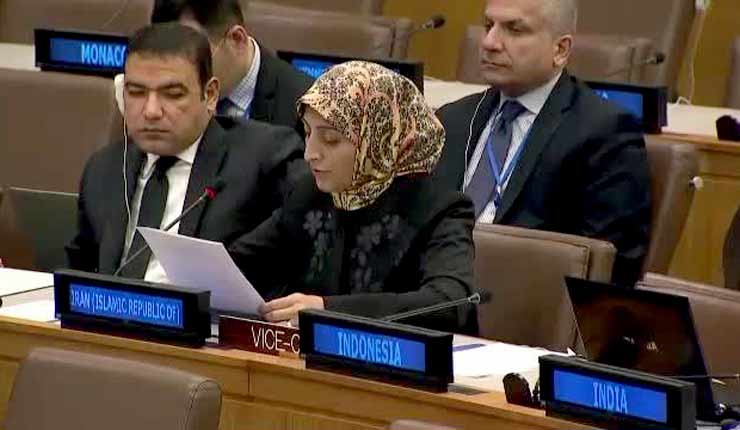 GENEVA, Nov. 8, 2016 – The U.N. General Assembly began voting today on 10 resolutions against Israel, and three for the rest of the world combined, with one each scheduled to be adopted on Syria, Iran, and Crimea. See full list below.

On the renewal of the mandate of a special committee to investigate “Israeli practices,” 86 voted yes, 71 abstained, and 7 opposed, with the U.S., Canada and Australia joining the Jewish state, backed by Marshall Islands, Micronesia and Palau.

Those abstaining included EU countries, as well as several from Africa and Latin America. Argentina, Mexico and Costa Rica abstained, even as Brazil, Chile—and Colombia—backed the Palestinian-drafted text.

All 193 UN member states vote in the committee stage today, and then adopt them in the final stage at the GA plenary in December. Because countries seldom change their positions, the initial vote is a clear indication.

“Even as Syrian president Bashar Assad is preparing for the final massacre of his own people in Aleppo, the U.N. is about to adopt a resolution — drafted and co-sponsored by Syria — which falsely condemns Israel for ‘repressive measures’ against Syrian citizens on the Golan Heights. It’s obscene,” said Neuer.

“While there will be a total of 20  resolutions against Israel this session, not a single U.N. General Assembly resolution is planned today for gross human rights abusers such as Saudi Arabia, Turkey, Venezuela, China, or Cuba.”

“At a time when Palestinian President Mahmoud Abbas and his state-controlled media incite to the continued stabbing and shooting of Israeli Jews, the UN’s response is to reflexively condemn Israel in ten separate resolutions, each of them one-sided, each of them utterly silent on Palestinian abuses.”

The resolution drafted annually by Syria condemns Israel for holding on to the Golan Heights, and demands Israel hand the land and its people to Syria.

“It’s astonishing,” said Neuer. “At a time when the Syrian regime is killing its own people by the hundreds of thousands, how can the U.N. call for more people to be subject to Assad’s rule? The timing of today’s text is morally galling, and logically absurd.”

“Today’s resolutions claim to care about Palestinians, yet the U.N. is oblivious to the dozens of Palestinians who in the past month have been slaughtered, maimed and expelled by Assad’s forces, and more than 3,000 victims killed since 2011.”

“Today’s farce at the General Assembly underscores a simple fact: the U.N.’s automatic majority has no interest in truly helping Palestinians, nor in protecting anyone’s human rights; the goal of these ritual, one-sided condemnations remains the scapegoating of Israel,” said Neuer.

“The U.N.’s disproportionate assault against the Jewish state undermines the institutional credibility of what is supposed to be an impartial international body. Politicization and selectivity harm its founding mission, eroding the U.N. Charter promise of equal treatment to all nations large and small,” Neuer added.

3) “Operations of the United Nations Relief and Works Agency for Palestine Refugees in the Near East” – A/C.4/71/L.9

5) “Work of the Special Committee to Investigate Israeli Practices Affecting the Human Rights of the Palestinian People and Other Arabs of the Occupied Territories” – A/C.4/71/L.11

6) “Applicability of the Geneva Convention relative to the Protection of Civilian Persons in Time of War, of 12 August 1949, to the Occupied Palestinian Territory, including East Jerusalem, and the other occupied Arab territories” – A/C.4/71/L.12

7) “Israeli settlements in the Occupied Palestinian Territory, including East Jerusalem, and the occupied Syrian Golan” – A/C.4/71.L.13

8) “Israeli practices affecting the human rights of the Palestinian people in the Occupied Palestinian Territory, including East Jerusalem” – A/C.4/71/L.14

10) “Permanent sovereignty of the Palestinian people in the Occupied Palestinian Territory, including East Jerusalem, and of the Arab population in the occupied Syrian Golan over their natural resources” – A/C.2/71/L.35

Resolutions scheduled to be adopted today in the Third Committee:

4) Situation of human rights in the Autonomous Republic of Crimea and the city of Sevastopol (Ukraine) A/C.3/71/L.26