Now even Juncker hits out at migrant crisis: Refugees refusal to relocate is OUTRAGEOUS 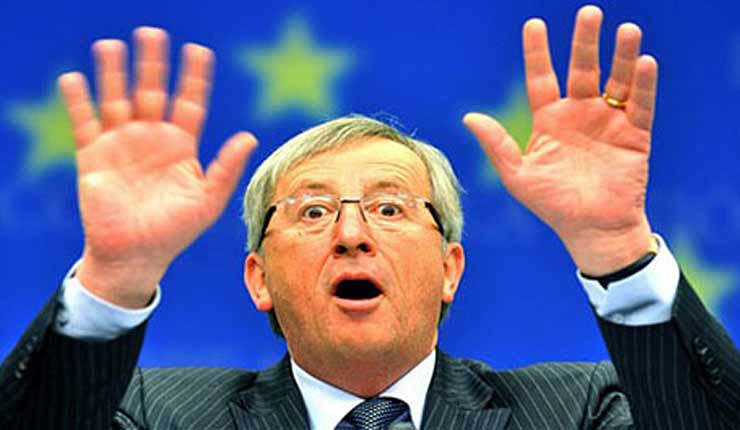 THE SITUATION where refugees have refused to move to other countries under the European Union’s relocation plan has been described as “outrageous,” by the European Commission president Jean-Claude Juncker

Mr Juncker, 61, who has been president since 2014, said that refugees cannot pick and choose where they are housed in Europe and that they have a responsibility to go where there is space.

He said it was “outrageous” and “not acceptable for refugees in Greece and Italy to refuse to take the plane for desinations other than Germany.”

Mr Juncker added that EU governments are willing to accept refugees from Greece and Italy, who were struggling to cope with the influx, ”but there are very few refugees who agree to be relocated.”

The EU launched a relocation plan in September 2015 to redistribute 160,000 refugees from the countries most impacted by the arrival of large numbers of refugees.

More than a year later, only about 7,000 people have been moved.

The news comes only a day after the German chancellor Angela Merkel performed a U-turn on migrants attempting to arrive in Europe by boat.

The country’s interior ministry stated that instead of bringing any boats that were found in the Mediterranean to European shores they should now be escorted back to places like north Africa.

In a statement the ministry said: “The elimination of the prospect of reaching the European coast could convince migrants to avoid embarking on the life-threatening and costly journey in the first place.”

It added that the EU should adopt a new policy of intercepting refugee boats at sea and returning them to Africa noting that this would “save migrants from the life-threatening journey” and “remove the basis for people-smuggling organisations.”

Mrs Merkel is also under political pressure at home for her open door migrant asylum policy which has been blamed for the a series of embarrassing electoral defeats in regional elections.

Key European politicians are now believed to be in favour doing a deal with north African countries along the lines of the one drawn up with Turkey in March 2015, where undocumented migrants were returned back would be able to apply for asylum from north African camps and would, if successful, be allocated a country under the migrant quota system.

Yesterday the Austrian defence minister Hans Peter Doskozil threw the EU-Turkey deal into doubt in an interview with the German newspaper Bild.

He said: “I have always said the EU-Turkey deal should only be a stop-gap measure until the EU is in the position to effectively protect its external borders and thereby stem the flow of migrants.”


France Closes Radical Mosques – Why Were They Allowed? UNESCO on the Temple Mount