France Closes Radical Mosques – Why Were They Allowed? 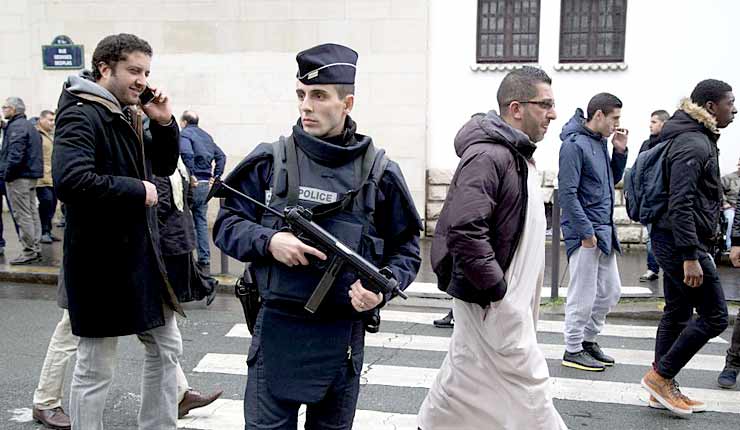 Why were they not closed down by putative mainstream or moderate Muslim community? Why did hundreds die before France acted?

On November 4, French Interior Minister Bernard Cazeneuve announced the closure of four mosques in the Paris suburbs Yvelines, Seine-Saint-Denis and Val-de-Marne. The mosques were suspected of promoting Islamist radicalism.

The closures were made on the basis of article 8 of the state of emergency legislation, which has been in place since the terrorist attacks of 13 November 2015 in which 130 people were slaughtered. The article provides for “the closure of places of worship where advocacy of hatred, violence, terrorism or justification of terrorism” takes place.

The Al-Islah mosque in Villiers-sur-Marne housed a clandestine Quranic school and was frequented by a dozen people convicted of participating in a jihadist recruiting network.

In Yvelines, a prayer room in the Ecquevilly district was described by authorities as an influential hub of the Salafist movement that promoted discrimination, hatred and violence.

In Seine-Saint-Denis, the Ar Rawda and Masjid Al Fath mosques were closed because worshippers were suspected of involvement in plotting terrorist attacks and recruiting jihadists. The Friday prayer service at the Ar Rawda mosque was attended by up to 600 people including members of a jihadist cell that was planning an attack in France. Many worshippers at the Masjid Al Fath mosque were also linked to jihad.

The minister’s press release indicated the four mosques “under cover of worship, hosted meetings intended to promote a radical ideology, contrary to the values of the French Republic and likely to pose a serious risk to national security and public order.”

In August, Cazeneuve announced the closure of 20 mosques.

Why were these radical mosques not closed down by the putative mainstream or moderate Muslim community? Why did it take the slaughter of hundreds of innocent French people before the authorities took the necessary steps to arrest the spread of a toxic ideology that has been gestating in France and Europe for decades?

This toxic ideology has its roots in Islam, albeit an extreme version of Islam. Its followers consider themselves as doctrinal purists and it is incumbent on mainstream Islam – if such a movement exists – to take the necessary steps to stamp it out. For the moment and until proven otherwise, this does not seem to be the case. Moderate Muslims should therefore not be surprised if they are tarred with the same brush as the jihadists and organizations such as CAIR contribute to this by promoting separatism instead of integration.


Israel's Arab soldiers who fight for the Jewish state Now even Juncker hits out at migrant crisis: Refugees refusal to relocate is OUTRAGEOUS