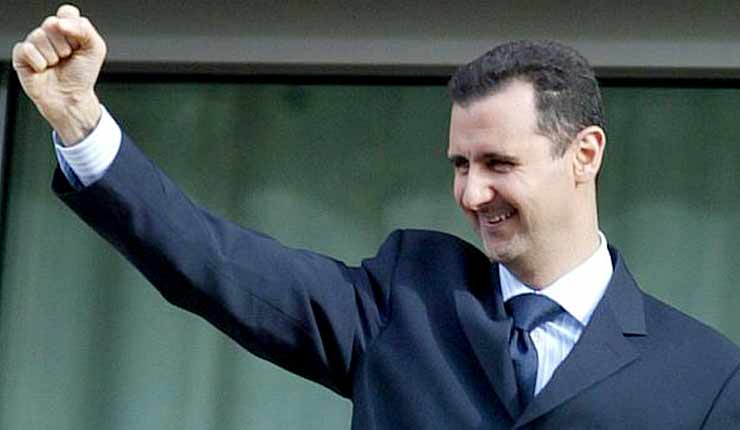 Mr Assad also said the deaths of hundreds of thousands of civilians is “the fault of terrorists” and said “we are talking about war, not charity”.

During an interview with The Sunday Times, Mr Assad was asked if he sleeps at night with all the children being killed in Aleppo and other parts of Syria.

He reportedly laughed and replied: “I know the meaning of that question. I sleep regular, I sleep and work and eat normal and do sports.”

He also shrugged when asked how he felt about all the killing. “It’s the fault of terrorists and we are talking about war, not charity” he said.

“In war you always have innocents hurt or killed. What do you do? You do your best. Terrorists are still in Aleppo and use civilians as human shields.”

He added: “We can’t just stand still and say, ‘Don’t destroy the city’. More important than the city are the people, so we have to do the best for them.”

He previously said the photo of an injured five-year-old boy taken in the aftermath of an air strike was faked. The picture of Omran Daqneesh became a haunting reminder of civilian suffering in Aleppo.

“Demonisation has reached its peak,” Mr Assad added. He claimed Syrians only have a choice between him and Islamist extremists.

Speaking of himself in the third person, he suggested the West would be forced to accept him: “This is a dictator, this is killing his people, dropping barrel bombs… there’s nothing more they can say about me.”

On Sunday, the Syrian regime was accused of shelling a nursery in a rebel-held suburb in the capital of Damascus, killing at least six children and injuring more than 25.


Lebanese-American republican: Donald Trump will ‘save Islam’ 'We are losing control of the streets' Merkel's Germany descends into lawlessness