Irishman dies carrying out suicide attack for Isis near Mosul 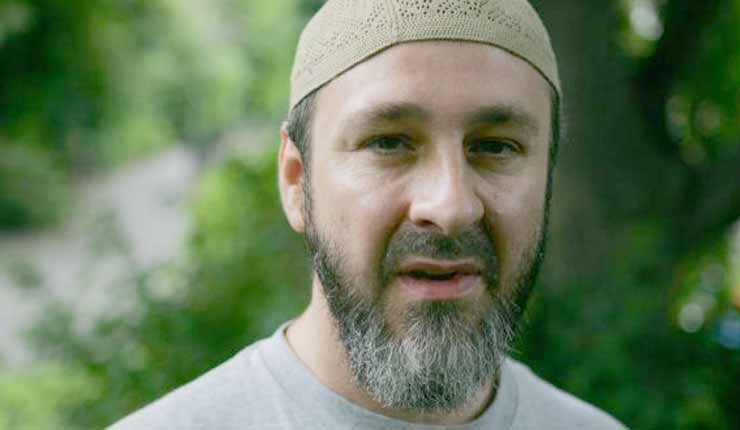 An Irishman, once arrested for making death threats against US president Barack Obama, has died after carrying out an Islamic State suicide bombing in Iraq, according to the jihadist group.

Terence Kelly (49), a former nurse from the Liberties in Dublin, was also known as “Taliban Terry” or “Khalid Kelly”. His death has been reported by various IS media outlets, including its Amaq news agency, as well as through social networks.

A spokesman for the Department of Foreign Affairs told The Irish Times it was “aware of media reports concerning an Irish citizen in Iraq” and that it is “seeking to clarify the situation”.

Islamic State has claimed Mr Kelly, who it referred to as Abu Osama Irelandi, was killed after he drove an armoured truck full of explosives at an Iraqi militia group outside the Iraqi city of Mosul on Friday.

The group released a picture of Mr Kelly standing in front of a vehicle with a Kalashnikov rifle. Another picture purports to show the moment Kelly’s vehicle exploded.

Isis has become expert in welding steel plates to “suicide vehicles”, from jeeps to bulldozers, to create improvised armour so they can drive towards enemy positions under fire. Mr Kelly appears to have used one of those vehicles.

“Brother martyr Abu Osama Irelandi, may Allah accept his soul, attacked a group of animals from the Hashd (Shia militia) in the village of Ghzayel Al-Kabir,” the statement said.

Mr Kelly was arrested by gardaí in 2011, ahead of US president Barack Obama’s visit to the Republic. He was quoted as telling a newspaper that he expected Al Qaeda to kill Mr Obama during his visit.

“Personally I would feel happy if Obama was killed,” he said. “How could I not feel happy when a big enemy of Islam is gone?”

Mr Kelly, who drew jeers from the audience during an appearance on the Late Late Show in 2003, was a former Catholic altar boy before converting to Islam while imprisoned in Saudi Arabia in 2000 for selling illegal alcohol.

During his appearance on RTÉ, Mr Kelly, dressed in black and grey robes and accompanied by a fellow member of British-based organisation al-Muhajiroun, defended the 9/11 attacks and claimed one day the world would be ruled by sharia law.

Mr Kelly also appears in a 2010 US documentary Holy Wars inspecting guns for sale in a Pakistani border arms market. He appeared on CNN to argue that the 2005 London transport bombings were justified due to British foreign policy.

Upon his return to Dublin in 2010, he declared his interest in founding an Al Qaeda support group called Islam for Ireland. He spoke about the imposition of strict Sharia law in Ireland, with public beheadings of drug dealers on O’Connell Street.

Mr Kelly – reported to have three children – was one of the most vocal speakers at a small demonstration outside the Belgian embassy in May 2010. He told those gathered to protest against Belgium’s proposed ban on full-face veils.

In an interview with an Irish radio station in 2014 he praised Isis fighters as “brothers” and described the journalists James Foley and Steven Sotloff, who were beheaded by the group in public videos, as “spies”.

Mr Kelly has also said he dreamt of seeing “the black flag of Islam” over Dáil Éireann.

He railed against the use of Shannon airport by US troops, and criticised the participation of seven Irish army personnel in the UN-mandated Nato-led mission in Afghanistan.