Claim: Researchers Covering Up Relationship Between Immigration and Crime 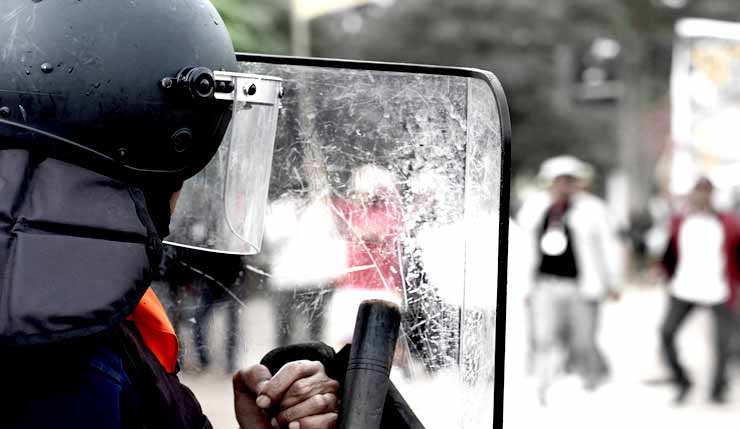 Writing in Norway’s Dagbladet, the political scientist addressed different ways in which Sweden’s criminology establishment obscures the facts around migrant criminality. He argued that as a result of this, authorities are denied the chance to learn from their mistakes and work to prevent further rises in crime.

Exemplifying what is referred to in the piece as the “denial and cloaking culture” engaged in by researchers in Sweden, Kval points to prominent criminology professor Jerzy Sarnecki. A former chief investigator at Sweden’s National Crime Prevention Council (BRA), Sarnecki is frequently called on by the media as an expert on crime.

One of the main reasons the political scientist argues the claims of Sarnecki and other criminologists should be taken “with a large pinch of salt” is that they refuse to disclose any of the data they work with.

Kval quotes Tino Sanandaji, a Swedish-Iranian economist, who called it a “democratic scandal” that “the government and criminologists refuse to disclose taxpayer-funded data while using the darkness they have created to deny that migrants are overrepresented”.

“It’s impossible to evaluate Sarnecki’s claim that migrants are not overrepresented in rape when the figures are secret. Would we accept economists making secret the inflation data they have access to?” he asked on Facebook.

One of the key tactics Sarnecki uses, Kval says, is claiming crime has declined over the years, that Sweden has become much safer, and that crime will continue to become even less frequent over the coming years.

The Norwegian claims that, in reality, the National Council shows that the number of cases of attempted murder, assault, and robbery have doubled since 1980 while the population has grown just 17 per cent since then.

Furthermore, surveys by Statistics Sweden show a sharp rise in the proportion of people who say they have been victims of violence, from 1980 to when last conducted in 2007.

Sarnecki’s “most famous reasoning” for migrant criminality, Kval says, is his assertion that migrants are overrepresented in crime statistics because of their poor upbringing and living conditions.

Kval points out that this line of thought completely bypasses the fact that evidence points to mass immigration as the reason why Sweden is so plagued with poverty today.

Demonstrating this, he notes that in Malmö, the city with the largest share of citizens with foreign backgrounds, more than 30 per cent of children live below the poverty line. “Of the Nordic countries”, he writes, “Sweden has ended up by far the worst in terms of child poverty, because of immigration.”

“How can crime not have anything to do with immigration given that immigration brings with it poverty and poor living conditions leading to crime. To put it mildly it is hard to fathom. But it is Sarnecki’s line of reasoning,” he says.

The biggest problem caused by the conspiracy to hide the backgrounds of violent criminals, the political scientist argues, is that no one is able to “undertake serious analysis that would allow them to learn from their mistakes”.

Illustrating this, Kval points to how authorities have responded to the fact gun violence and explosives are a growing problem in (migrant-heavy) southern Sweden but “virtually unknown in the north”. The police’s chief analyst, Emma Hedenvind, says the police “do not know” why this is the case.

In an analysis report into the phenomena, the National Operations Department even looked into the possibility that buildings are to blame for rampant criminality in the south, but found similar “structural conditions” in Sweden’s 53 regions.

The paper concluded the problem to be that “criminal energy” is higher in the south of Sweden. “Simply put”, the Dagens Nyheter reported this as meaning, “the more criminally active individuals who live in an area, the greater the risk that criminals values eating into the population”.

Breitbart London has reported extensively on the crime epidemic taking place in Sweden as a result of mass migration. In August, an alleged “expert in sexual criminals” claimed hot summer weather was responsible for the wave of gang rapes and sexual assaults in the country.