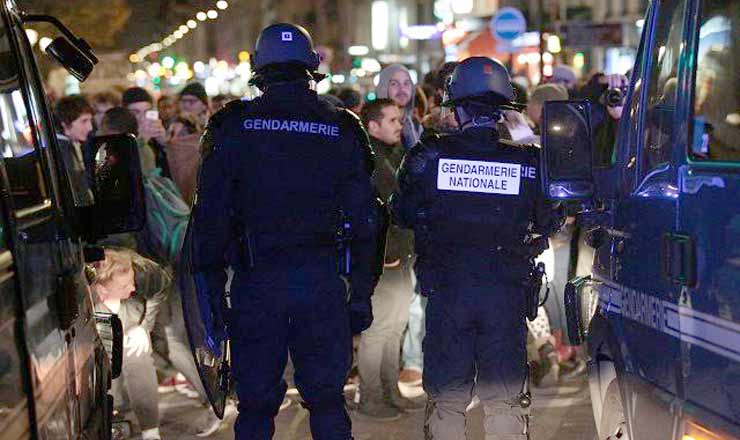 Only days after police cracked down on migrant slums on the streets of Paris, gangs of migrants armed with clubs fought each other in the Stalingrad district of the French capital

The brawl was caught on camera and shows dramatic scenes of mass violence between rival migrant factions, the Daily Mail reports.

After the French government cleared the Calais Jungle, many migrants have travelled to Paris and have been sleeping rough in the district’s migrant camp. The cause of the brawl is currently unknown, though it has been speculated that raids by police in Paris stoked already-existing tensions between migrants of different ethnic and cultural backgrounds.

The ‘transit’ camp, which lies just outside the Stalingrad metro station in Paris, has previously been the scene of mass migrant violence. In April of this year, a riot was caught on film showing the entire camp, which is estimated to number in the thousands, explode into a state of violence.

The recent clearing of the Calais Jungle has led to around 5,000 migrants agreeing to the French government’s plans to redistribute them around the country. However, hundreds of former residents of the Jungle have opted to travel to Paris and make the Stalingrad camp their home.

After the police action to clear the Stalingrad camp earlier in the day, many left-wing and pro-migrant activists had scheduled a solidarity rally with the migrants on Wednesday evening.

French President François Hollande has vowed to tackle the Paris migrant camps in the same way as the Calais Jungle, stating that the camps would be gradually phased out and all migrants would be redistributed into formal asylum centres. One centre is currently planned for Paris, where many of these migrants will likely be housed.

Residents have expressed dismay at the French government for allowing the migrants to remain, complaining about the rise in crime and many claiming that they no longer feel safe in the area.

A shopkeeper named Faisal told French paper Le Figaro:”The stench of urine, faeces, and rubbish has made Stalingrad an unhealthy place to live. The place is dead, no one wants to come here anymore. People are afraid to go out and lock themselves in.”

He said if the police didn’t move the migrants soon he’d likely go out of business.


The KGB's Middle East Files: Palestinians in the service of Mother Russia Exclusive: Donald Trump reveals his plan to support Israel in 16 points. There will be no Palestinian state