Sweden on the brink? Police force pushed to breaking point by violence amid migrant influx 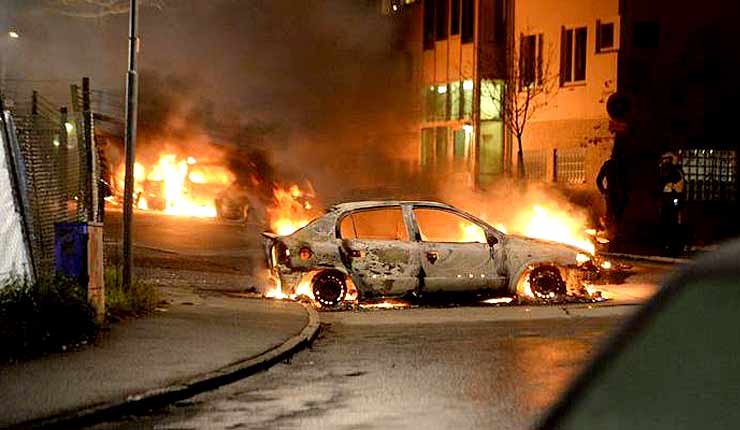 The Scandinavian country is facing an existential crisis with on average three police officers handing in their resignations a day.

If the alarming trend continues, and police officers continue to resign more than 1,000 officers will have quit the service by New Years.

Since the migrant crisis began last summer, Sweden has been hit by a series of brutal crimes and violent incidents.

Since the Second World War Sweden has prided itself on helping migrants who cross their borders despite some moves to the political right in recent years.

But police have now admitted the force has reached breaching point as more than 50 areas in the country have now been placed on a “no-go zone” list.

In February a report from Sweden’s National Criminal Investigation Service announced there were 52 areas where officers would not cope with the levels of crime being committed.

Sex assaults, drug dealing and children carrying weapons were just some of the incidents mentioned in the report.

In September, Swedish officials were forced to add another three areas to the list.

Now the Police Association have said they need at least 200 new officers to regain control in the south-east of the country.

Thomas Stjernfeldt, from the region’s police association, told SVT: “We are missing extremely many officers in the operational sector, right now we need 200 more officers to be added to the force to establish a reasonable working environment in the southeast of Götaland.”

Götaland is one of the regions in the country that has been hit hard by the car fire attacks, which have been occurring throughout Sweden.

On Monday, Express.co.uk reported a number of the arsonist attacks in the city of Växjö, in Götaland, had been committed by frustrated migrants.

Currently there are more than 6,000 suspected crimes that are unsolved in the area and 400 of these cases are suspected to be rapes, murder or attempted murder.

Mr Stjernfeldt said the figures are alarming and police officers are constantly forced to work overtime  in an attempt to solve the reported crimes.

The Police Association admitted it fears the public will lose faith in the force and their ability to protect citizens if the situation is not resolved.

The union’s call for more resources echoes National Police Commissioner Dan Eliasson’s February warning, where he said he needed a further 4,100 officers and specialist staff to reestablish law and order in Sweden.


Exclusive: Donald Trump reveals his plan to support Israel in 16 points. There will be no Palestinian state In Plea to Join PLO, Hamas Emphasizes Commitment to Terror