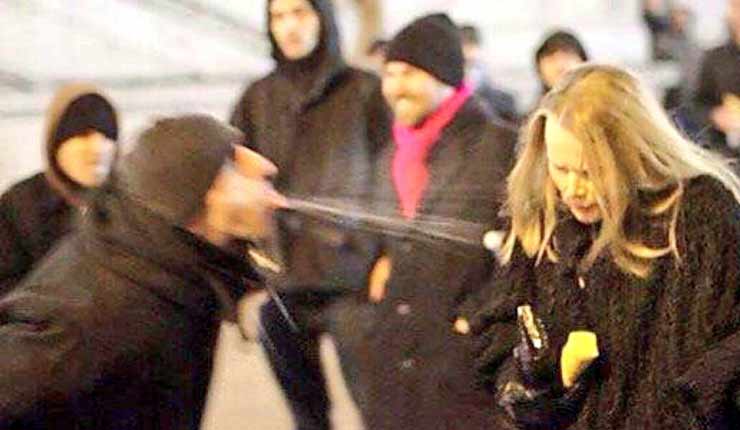 German Interior Minister Thomas de Maizière has called for tough action on the migrants who committed the Cologne New Year’s Eve sex attacks, recommending that they should be deported

Christian Democratic Union (CDU) politician de Maizière appeared in the Düsseldorf parliament as a witness on Monday at the inquiry committee for the New Year’s Eve sex attacks. Despite the challenges in prosecuting the attackers, he said many should be deported from Germany, reports Die Welt.

Most of the attackers were migrants from the Middle East and North Africa. Mr. de Maizière stated that until the federal government designates Algeria, Morocco, and Tunisia as “safe countries” – to which migrants can be automatically returned – the perpetrators will continue to live in Germany as asylum seekers.

While the minister maintained that all migrants should not be suspected of criminality, he conceded: “We can not tolerate that young men who come to us from other cultures with completely different social norms to not accept the laws of our country.” He went on to add: “They must be prosecuted and – whenever possible – made to leave Germany.”

The minister was made to answer questions on the role of the federal police who guarded the Cologne train station where many of the assaults occurred. Claiming that no one could have foreseen the actions of the migrant men and the scale of the assaults, he admitted that the police presence had been too small and they hadn’t done enough.

This sentiment shared by many of the victims of the muggings and sex attacks as was shown by released police statements at the inquiry earlier this month.

It has been incredibly difficult for the German government to prosecute the attackers on New Year’s Eve with many being acquitted due to lack of evidence. In Hamburg, which also experienced similar attacks, a 26-year-old Iranian, a 24-year-old Tunisian, and a Moroccan who is said to be between 18 to 22, were acquitted Tuesday due to lack of evidence that they sexually assaulted a 19-year-old German woman on New Year’s Eve.

“I hope very much that you have not become bitter in the months of detention and have not lost confidence in the German state of law,” the judge told the migrants and apologised to them over their detention.

In another case of German justic, one Cologne sex attacker – a migrant from Algeria – upon being found guilty received a suspended sentence and was allowed to walk free. The migrant, who had licked and groped girls, laughed and smiled as he left the court.


In Plea to Join PLO, Hamas Emphasizes Commitment to Terror The Story of Obama's Ransom Payment to Iran Gets Worse