The Rothschild Libel: Why has it taken 200 years for an anti-Semitic slur that emerged from the Battle of Waterloo to be dismissed? 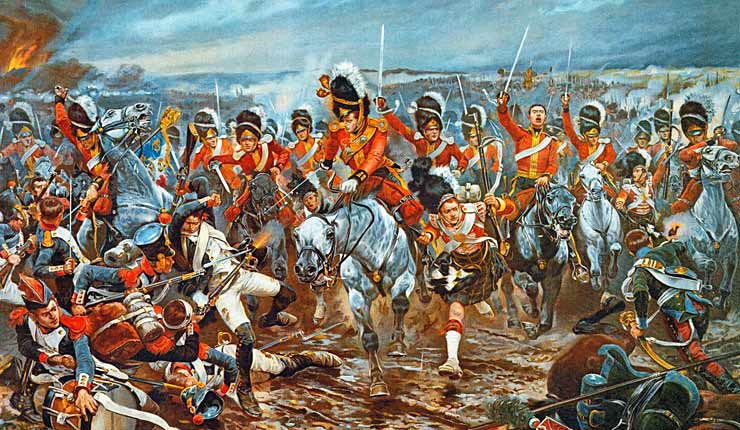 In the summer of 1846, a political pamphlet bearing the ominous signature “Satan” swept across Europe, telling a story which, though lurid and improbable, left a mark that can be seen to this day.

The pamphlet claimed to recount the history of the richest and most famous banking family of the time – the Rothschilds – and its most enduring passage told how their vast fortune was built upon the bloodshed of the battle of Waterloo, whose bicentenary falls this year.

Here is the story that “Satan” told.

Nathan Rothschild, the founder of the London branch of the bank, was a spectator on the battlefield that day in June 1815 and, as night fell, he observed the total defeat of the French army. This was what he was waiting for. A relay of fast horses rushed him to the Belgian coast, but there he found to his fury that a storm had confined all ships to port. Undaunted – “Does greed admit anything is impossible?” asked Satan – he paid a king’s ransom to a fisherman to ferry him through wind and waves to England.

Reaching London 24 hours before official word of Wellington’s victory, Rothschild exploited his knowledge to make a killing on the Stock Exchange. “In a single coup,” announced the pamphlet, “he gained 20 million francs.”

Beyond all doubt this tale was anti-Semitic in intent. Satan was in reality a left-wing controversialist called Georges Dairnvaell, who made no attempt to hide his loathing for Jews –and the Rothschilds in particular. Though they had been little known in 1815, by 1846 the Rothschilds had become the Rockefellers or the Gateses of their age, their name a byword for fabulous wealth. Nathan himself had died in 1836 and so could not rebut the claims.