Germany-Based Syrian Activist Malik Fndy, Previously Arrested For Posting Pro-ISIS Videos, Calls On Like-Minded Activists To Take To The Media In Support Of ISIS In Mosul 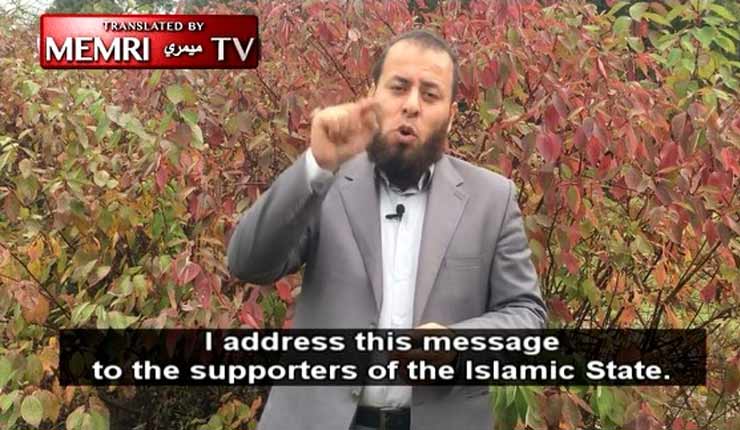 In a video posted to YouTube on October 19, 2016, Frankfurt-based Syrian activist Malik Fndy called upon supporters of the Islamic State (ISIS) to take to the media to support the organization. “Know that the war is now being waged in the media,” said Fndy, quoting the Prophet Muhammad as saying: “Wage jihad against the polytheists with your money, your lives, and your tongues.” Saying “You are mujahideen, oh people of the media, oh supporters [of ISIS],” he added that the reward for this would be “that of a mujahid in Paradise.”

The Syrian-born Fndy, who is a Ph.D. candidate at the Technical University of Darmstadt, has posted several videos on his private YouTube account proclaiming his support of ISIS, and has also posted numerous pro-ISIS messages on his Facebook account. He was arrested by German police in February 2016, after MEMRI TV published a clip of him explaining why he supported ISIS and justifying ISIS’s burning alive of Jordanian pilot Muath Al-Kasasbeh, as well as its practice of stoning women accused of adultery.[1]

Following the initial investigation, Fndy posted another YouTube video in which he complained about “a distortion campaign by some German and American journalists” and thanked the German police for its “just treatment” of him. At that point, Fndy halted his Facebook activity.

Below is the MEMRI TV translation of his October 19 video (click here  to view the clip).

Fndy: “I address this message to the supporters of the Islamic State. I say to them: The zero hour for the Battle of Mosul has been declared. Who declared it? Ostensibly, it was that Rafidite pig [Iraqi Prime Minister] Al-Abadi. But that was only ostensibly, my brothers. The truth is that [this war] was declared by the Islamic Caliphates State’s soldiers in Mosul. It was declared by monotheist Muslims in Mosul. From the very first minutes of this Crusader-Rafidite campaign against Mosul, those Rafidites, those infidels, and those apostate Kurds – may Allah curse them all – have tasted nothing but death, nothing but the rockets and car bombs of the Islamic State, nothing but the martyrdom-seeking operations of the Islamic State.

“I say to you all: Be proud of your [Islamic] State. Know that the war is now being waged in the media. Your state wants you to support it in the media. You cannot give money right now and you cannot sacrifice your lives, but you can support this state in the media.

“Brothers, you should write and publish and always present the truth, in order to expose the systematic lying that is sadly propagated by those who purport to be Muslims, represented by channels of whoredom like Al-Arabiya network, may Allah curse them all.

“By Allah, brothers, rest assured that victory is near, Allah willing. Know that those mujahideen will ultimately be victorious. How? You know how. If they die, they are martyrs and if they win, Allah willing, they will spread, and you will be considered mujahideen. The Prophet Muhammad said: ‘Wage jihad against the polytheists with your money, your lives, and your tongues.’

“You are mujahideen, oh people of the media, oh supporters (of ISIS). Know that your reward by Allah will be that of a mujahid in Paradise, Allah willing.

“To conclude, I tell you that victory will be on our side, Allah willing. Those criminal parrots from among the Muslims who hate the Islamic State – bring them to their knees with your truth. Never lie. Always tell the truth. This truthfulness is what characterizes the Islamic State and all its supporters.”