India, the UN vote, the Temple Mount and Ayodhya 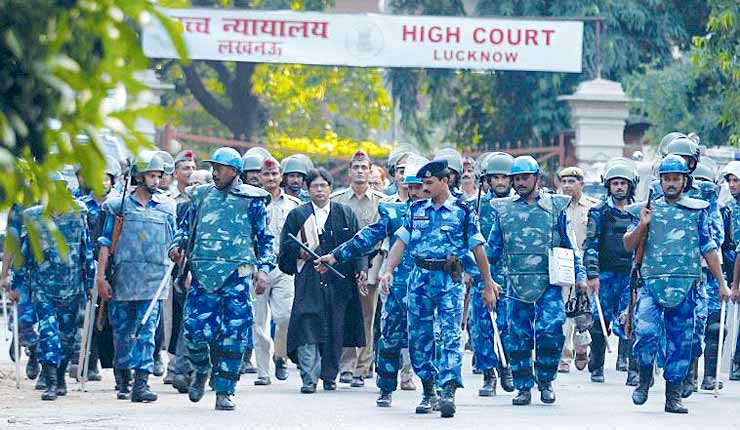 We need to understand that the Temple Mount is to the Jews is what the Ram Janmobhoomi Temple at Ayodhya is to the Hindus. Both sites are central to the history and belief of a religion.

For thousands of years, Hindus respected the Jews in their midst and did not coerce their Jewish neighbors into relinquishing their faith. The Hindu kings protected the Jewish community. Thus when the Portuguese invaded India, to prevent the Jewish synagogue from being harmed in the spate of antisemitic pogroms, the Hindu king moved the synagogue next to his palace, so that he could keep ensure its safety. Antisemitism is an alien concept in India.

Friendship is a two-way street. During the Kargil conflict in 1999, India turned to Israel after finding itself short of crucial surveillance and military equipment. Israel came through.

The historical ties between the communities raise high expectations. High expectations can however lead to heartbreak, and that is what many of my Jewish friends felt this week when India abstained from the UNESCO vote denying Jewish connection to the Temple Mount in Jerusalem, Judaism’s holiest site.

Before Prime Minister Narendra Modi took office, the same diplomats were accustomed to voting in favor of the Palestinian causes. Years of socialist regimes whose world view was blinded by semi-communist beliefs led to the erasure of the ancient ties Hindus had with the Jews.

Modi has taken upon himself the task of setting the relationship right. Cooperation in all areas, from defense to drought solutions, has improved significantly and ministerial visits are commonplace. The perpetual anti-Israel UN vote has been changed to an abstention.

However, abstention is silence, and silence can be consent in certain cases. In the case of this vote, it is consent to the deletion of Jewish history. The Jewish tie to Jerusalem and the Temple Mount is fundamental to Jewish identity and Israel’s claim to legitimacy.

Although the politicians maybe getting it better, I, for one, think this situation is far too important to leave to the diplomats to solve.

Let’s begin with understanding. Since the reestablishment of Israel, many of the Jews who were in India migrated to Israel. With fewer Jews in India, there were fewer Jewish voices to express their views on issues sensitive to the Jewish identity.

The Jewish viewpoint somewhat disappeared from the mindspace of the Hindu majority in India. Thus a majority of Indians and even most in the council of ministers have no knowledge regarding the significance of the Temple Mount or the Western Wall.

We need to understand that the Temple Mount is to the Jews is what the Ram Janmobhoomi Temple at Ayodhya is to the Hindus. Both sites are central to the history and belief of a religion. A religion much younger than either Judaism or Hinduism has laid claim to these sites, and the world has acquiesced.

India, as well as some other democracies, may want to reconsider its vote. Japan, which also abstained, understood the significance of the decision and has declared discontinuance of all funds for UNESCO. Mexico and Brazil have also denounced their votes.

India should speak out clearly and publicly against the travesty of the UNESCO vote. For the Temple Mount and the Western Wall are not just edifices, but are at the heart of the Jewish identity, just as the Ram Janmoobhumi Temple is for the Hindus.

It is thus extremely important that the Hindu, Jewish and Conservative Christian community in the US join hands in running a campaign to rescue the historical Temple Mount in Jerusalem, the Hagia Sofia in Turkey and Ayodhya and dozens of Hindu temples in Asia, from their usurpers.

The author is a research scholar in US. He did his masters in physics at the University of Texas at Arlington and his PhD at Kent State University. He has written about ancient indigenous groups, especially the Yezidis. He is also created a Facebook group, Jewish Hindu Yezidi Coalition, to bring ancient indigenous people – the Hindus, Jews and Yezidis – together as family.


Pope Francis: ‘God promised the land to the people of Israel’ The Grand Mufti’s Nazi connection