In Response to Brandeis Report on Campus Antisemitism, Major Groups Say Students More Willing, Prepared Than Ever to Fight Back 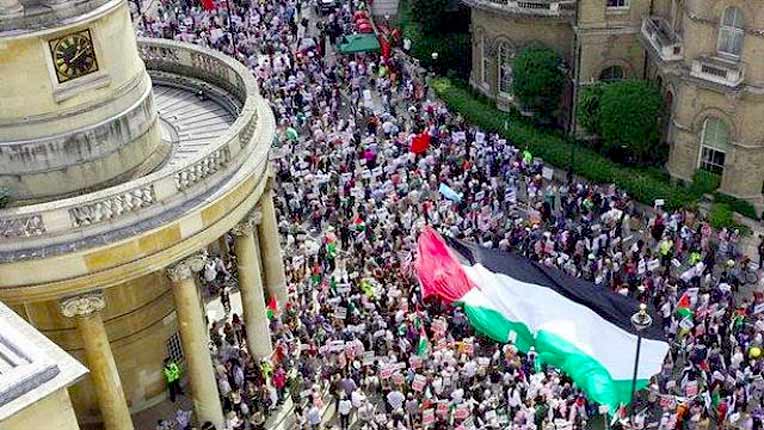 Jewish and pro-Israel students are more willing and better organized than ever to fight back against antisemitism on US campuses, the heads of major campus watchdog organizations told The Algemeiner this week, in response to a newly released Brandeis University-sponsored report on the growing phenomenon and its link to the anti-Israel boycott, divestment and sanctions (BDS) movement.

Tammi Rossman-Benjamin, head of the AMCHA Initiative, said the report’s findings are in line with research conducted by her own organization. She was referring in particular to a key finding of the study that “one of the strongest predictors of perceiving a hostile climate towards Israel and Jews is the presence of an active Students for Justice in Palestine (SJP) group on campus,” and that “discomfort talking about Israel” is “closely related to the presence of an SJP… suggesting that the rhetoric deployed by such groups often causes students to withdraw from discussions.”

“The BDS movement [of which SJP is a member] calls on its adherents to engage in ‘anti-normalization’ behaviors to aggressively stifle all pro-Israel expression, which frequently results in incidents involving anti-Jewish assault, harassment, destruction of property, discrimination and suppression of speech,” she said.

David Brog, executive director of the Maccabee Task Force, said, “The good news is that the gains made by the BDS movement are far from permanent. As the study showed, there are still pro-Israel students on campus who want to make the case for Israel, to share the truth — their truth — about Israel. When we empower these students, we can begin to take back the territory SJP and others have invested so many years in winning.”

Jessica Marzucco, director of Christians United for Israel (CUFI) on Campus, told The Algemeiner that it is not rare for her organization to receive first-hand accounts of pro-Israel student activists being “both physically and verbally attacked, including being spat upon, having rocks thrown at them and being aggressively cornered and screamed at.”

However, she said, pro-Israel students are beginning “push back against dishonorable anti-Israel groups like SJP, and will not be intimidated” by this “unacceptable behavior” or by the inaction of campus administrators.

According to Max Samarov, director of research and campus strategy at the Israel-advocacy organization StandWithUs, the University of California Regents’ Principles Against Intolerance, adopted in March 2016, can serve as a roadmap for university officials across the US on how to combat campus antisemitism and antisemitic forms of anti-Zionism.

“The regents call for protecting free speech and academic freedom, while vigorously condemning and educating the university community about hate speech targeting Jews and other groups,” he said, adding that though it is “still too early to tell exactly what this year has in store,” Israel advocates are working to “empower students across the country to counter anti-Israel extremism and tell Israel’s story effectively on campus.”

Gilad Skolnick, the Committee for Accuracy in Middle East Reporting in America’s director of campus programming, said that though he believes “more shocking news will emerge about antisemitic and anti-Zionist activity” at universities, “Jews have survived thousands of years, and we’ll survive this, too.”

As reported by The Algemeiner, among the findings of the Brandeis study, titled “Hotspots of Antisemitism and Anti-Israel Sentiment on US Campuses,” was the revelation that Brooklyn College, Northwestern University and many schools in the UC system are cradles of both antisemitism and anti-Zionism. According to the study, a majority of Jewish students at these institutions “perceive a hostile environment towards Israel, and over one quarter perceive a general environment of hostility towards Jews on their campus.”

Over 20 percent of students surveyed at the schools in question said they were “blamed for Israel’s actions because they are Jewish,” while approximately one-third reported witnessing antisemitic harassment, often related to Israel. Three out of four students claimed to have heard hostile rhetoric used in relation to the Jewish state.

The study, conducted by the Steinhardt Social Research Institute at the Cohen Center for Modern Jewish Studies, reflects the on-campus experiences of some 150,000 American Jewish undergrads.


Jews and Christians Rejoicing Over the Sukkot Holiday Drowned Out the Foolish, Futile UNESCO Resolution Secularism is the Way to Salvation