Secularism is the Way to Salvation 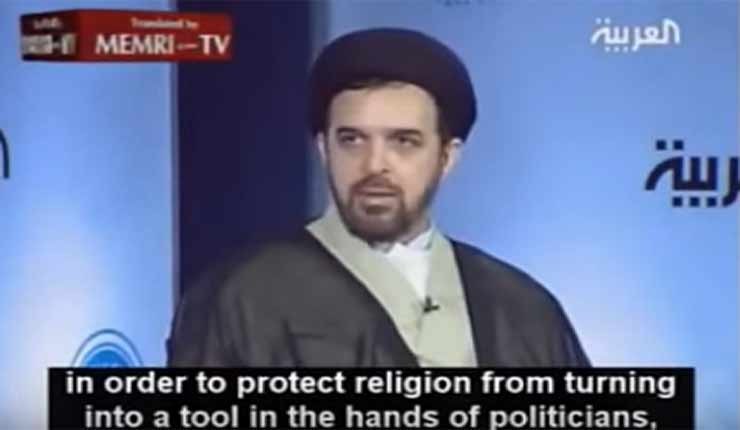 In pre-Islamic Arabia, freedom was the norm. Freedom from a compulsory single religion, but most importantly freedom from the state. Prophet Muhammad’s ascent to power changed all that. In Mecca, he operated as a spiritual leader, preaching Islam to those who wanted to adopt it. But in Medina, he turned his preaching into statecraft. And that’s when trouble began.

It is this historical narrative that Iraqi cleric and intellectual Ayad Jamal Al Din chose to illustrate the necessity of secularism. Muhammad’s rule in Medina ushered an era of hypocrisy and two-faced behavior from Arabs, something they did not feel compelled to display when they were not under the yoke of institutionalized Islam. They went, as he put it, from worshipping themselves to worshipping Allah to worshipping the state.

The function of a state is to administer services and protections to all those within its realm. Assigning it a religion defeats such a purpose, for it enforces an unnecessary hierarchy of citizenship: Muslim and non-Muslim. Ayad Jamal Al Din mentions two living examples of such a discriminatory system: Afghanistan under Taliban and Iran run by the Ayatolahs. Not really a benchmark for rule of law…


In Response to Brandeis Report on Campus Antisemitism, Major Groups Say Students More Willing, Prepared Than Ever to Fight Back Egypt partners with Israel to boost fragile economy