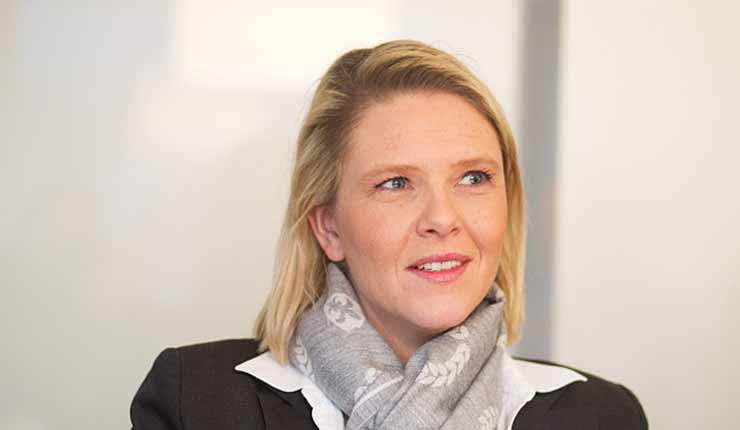 Norway’s integration minister has been widely mocked and asked to “reconsider her position” after telling the country’s Muslims to adapt to the country’s culture.

Sylvi Listhaug, from the anti-immigrant Progress Party, caused fury and confusion on Monday when she posted on Facebook on the eve of a national integration conference. “I think those who come to Norway need to adapt to our society,” read the post.

Ms Listhaug has since clarified the comment, which was liked more than 20,000 times, claiming she was misunderstood.

“Here we eat pork, drink alcohol and show our face. You must abide by the values, laws and regulations that are in Norway when you come here.”

The country’s coalition government, which includes Ms Listhaug’s party and the centre-right Conservative party, has been playing tough with the country’s Muslims over the past week.

Ms Listhaug also echoed Prime Minister Erna Solberg who said in an interview that she would not personally employ someone wearing the Islamic niqab face veil.

“It’s a general civil right to choose what you want to eat in this country and in other countries,” said user Bente Bull.

Norwegian criminologist Omar Gilani Syed, who has worked on refugee integration, asked via theAftenposten newspaper whether Ms Listhaug should reconsider her position.

“If she does not understand the complexity and does not have the expertise to deal with these social issues in a good way, it’s time to ask: should Listhaug reconsider her position?” he said.

Norway Labour party politician Zaineb Al-Samarai wrote in an article for Dagbladet newspaper: “If you are to be integration minister, you must begin to integrate. Do not frighten and separate people.”

Ms Listhaug has clarified her position on social media, making it clear she never told anyone what they should be eating. She wrote on Tuesday: “You misunderstand me, but that’s the way it is. Not for the first time. I mean, of course they should not be forced to drink alcohol or eat pork.

“What I said is that I expect when you come to Norway, to align yourself with the Norwegian labour market. It’s about how one must endure serving pork if you will be working in a restaurant, or serve alcohol if you work at a piano bar. And in the same way, you don’t turn up in sweatpants and caps on a job interview, you have to think about how to dress to get a job.”

That influx has dropped by a staggering 95 per cent after a wave of strict border checks and financial incentives were brought in to dissuade refugees. There were only 1,200 asylum applicants in the first third of 2016.

A 660ft-long and 11ft-high steel border fence being built on the Norway-Russia border  is due to be completed before the winter frosts.