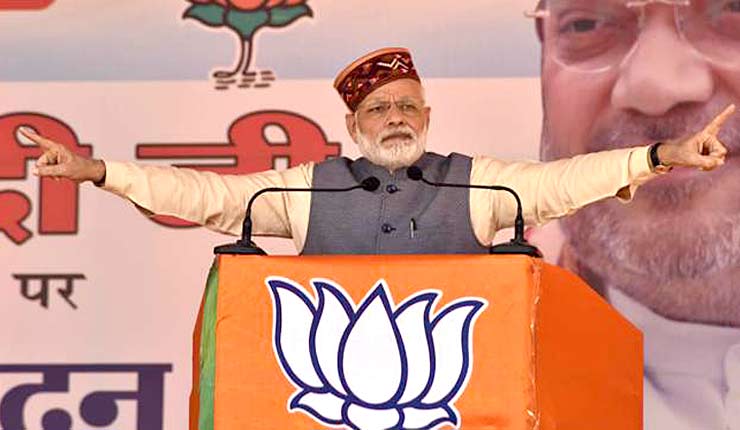 Speaking at a rally in Himachal Pradesh’s Mandi, Modi paid his respects to serving and retired soldiers, referring to the state as “Veer Bhumi” (land of the brave).

“Our army’s valour is being discussed across the country these days. We used to hear earlier that Israel has done this. The nation has seen that Indian army is no less than anybody,” he said.

Israel’s military and secret service are considered to be among the best in the world and covert operations against militants in foreign territory – especially Palestine – are among their specializations.

The prime minister also credited his government for resolving the issue of equalizing pension payouts for retired soldiers – which he said had been pending for 40 years. The scheme – known as One Rank One Pension – was made operational last year to the cheer of ex-servicemen who had been protesting for an equitable payout for years.

“One Rank One Pension was hanging for 40 years, and it is our government which completed that work. Not only soldiers but their families bless me,” Modi said.

The strikes were seen as retaliation for a deadly militant attack on an army base in Kashmir’s Uri that left 19 soldiers dead last month. India has blamed Pakistan-based extremists for the attack – a charge Islamabad denies – and bilateral relations have nosedived since.

The strikes have also triggered a political debate back home with the opposition blaming the ruling BJP of trying to gain electoral mileage out of the operation after posters congratulating the PM on the strikes showed up in several poll-bound states such as Uttar Pradesh.

Modi was speaking after inaugurating three hydropower projects and hit out at the Congress government in a state that goes to the polls next year. He said BJP chief ministers were known for implementing services such as water and roads but the Congress was mired in corruption. “Do I need to say what the current CM is known for,” Modi asked.