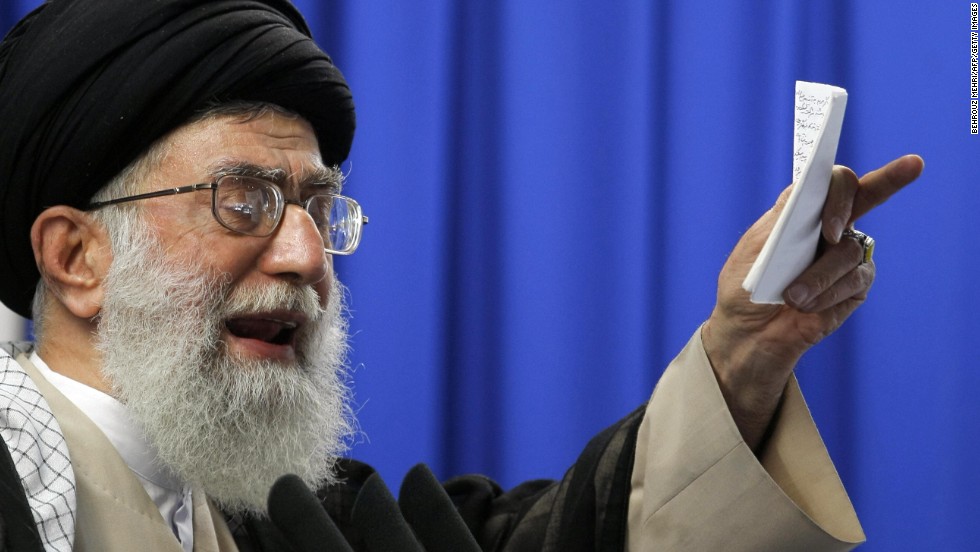 One of the interesting debates that emerged over the last few years in Washington revolved around whether the Islamic Republic of Iran could be a natural partner for the United States in the Middle East. Some argued that Iran was opposed to the Taliban in Afghanistan and was also fighting ISIS in Iraq and Syria. It was an enemy of the radical Sunni Jihadis and so were we. Moreover, Iran was a real country, with a long history and a deep, rich culture. With its nuclear program constrained, we should turn a page with the Iranians and recognize not only their strategic weight and value but also their great economic potential.

For those making this argument, there was a not so subtle premise: the Saudis and others in the Gulf had helped to fuel the intolerant Salafi Muslim threat with their support for madrassas internationally. The Iranians rather than the Saudis should be our partner—or so those who made this argument seemed to be saying.

I have always found this argument fundamentally misguided. There has been a revolutionary state in the Middle East, one that rejected the existing state structure in the region; that used militias to weaken and undermine the central governments; that has consistently used terror as an instrument; that has opposed peace between Arabs and Israelis; and that is determined to remove all vestiges of the U.S. presence and influence in the Middle East because it sees America as the impediment to its “rightful” dominance of the area. And, that state is the Islamic Republic of Iran.

I was not against negotiating with it to see if diplomacy could prevent the Islamic Republic from becoming a nuclear weapons state. The JCPOA, the deal concluded by the 5+1 with the Iranians, has constrained Iran’s nuclear program and made it less of an immediate threat; if fully implemented and enforced, it can block Iran from developing a nuclear weapon for the next fifteen years, particularly because for that period Iran can neither possess more than 300 kilograms of low enriched uranium nor a reprocessing capability. Both would be needed for either a uranium or plutonium-based bomb. That means that the nuclear deal buys fifteen years. Assuming we make good use of that time to bolster deterrence and convince the Iranians that they have too much to lose to be tempted to go for a bomb after year fifteen when the size and quality of their nuclear program will not be limited, the world can be safer.

But buying time is not the same as changing Iran’s intent (even on the nuclear issue) much less its policies in the region. As we have seen, since the JCPOA was concluded, Iran’s provocative behaviors have become worse: ballistic missiles tests, prohibited arms transfers to Hezbollah, the Houthis and others, aggressive, threatening maneuvers around U.S. and other ships in the Gulf, increased use of Shia militias in Syria, etc. Contrary to the hopes of those who believed it was possible to transform the relationship with the Iranians, there was no prospect of that after the nuclear deal—and not because of the United States or the Obama Administration. The deal itself ensured that Ali Khamenei, the Supreme Leader would resist any sign of such change. Why? Because having countenanced a deal with the U.S. and others, he needed to revalidate his ideology lest it appear he had given it up. For him the deal was not about transforming Iran’s relationship with the international relationship; rather, it was about ending Iran’s economic and financial isolation—and the real dangers that posed for the future viability of the Islamic Republic.

The Supreme Leader does not believe in opening up Iran; he sees that as a threat to the Islamic regime. Since the JCPOA, he has warned against a commercial “invasion”—indeed, it is fair to say that for Ali Khamenei, a commercial or cultural invasion is probably something he fears more than a military invasion. While he has complained that the U.S. has betrayed its commitments on the deal and Iran has not gain economically, it is not America that has held back. Secretary of State John Kerry has encouraged European companies and financial institutions to do business with the Islamic Republic.

If Iran has not enjoyed the level of investment that was anticipated, its leaders have more to do with this than anyone else. Iran’s banks do not meet international standards on transparency necessary to show there isn’t money laundering or financing for terrorist groups. How can they when Iran provides material assistance to Hezbollah and other terrorists groups? It is also the Supreme Leader who has imposed impediments to energy deals, publicly taking credit for identifying sixteen problems in a proposed deal with a multinational company and sending it back to the ministry for the necessary corrections. The Supreme Leader and the Revolutionary Guard don’t want to open up the economy; the Revolutionary Guard seeks to preserve its dominant position in key financial, industrial, and commercial sectors–and this is, of course, in keeping with the Ali Khamenei’s insistence on developing a “resistance economy.”

And, here is an interesting irony. Those who look at Iran as real country with great potential ignore not just its behavior in the region but also the ideological obstacles its leaders place on its development. True, if a more pragmatic leadership would emerge after Khamenei that seeks greater normalization with the region and the world, and a desire to open up the country, then the potential for Iran is great given its size and educated public. But those are big “ifs”, and it is less likely to happen unless the US and others can show the high price to Iran of the Revolutionary Guard’s adventurist policies in the region.

One last irony: Saudi Arabia actually has a serious National Transformation Plan. Unlike Iran, it seems far more serious about pursuing development and modernization. It is certainly more determined to open up its economy, going so far as to be preparing an IPO for Aramco, its national oil company. That requires transparency and accountability. No doubt, the Saudis will face challenges as they proceed, but unlike Iran, its leadership is promoting far-reaching domestic change. We have a stake in their success—and we have an interest in joining with them and other partners in the region to counter Iran’s adventurism in the region. Pretty clear who is an American partner and who is not.

American Middle East envoy Dennis Ross has served in the Administrations of Presidents Jimmy Carter, Ronald Reagan, George H.W. Bush, Bill Clinton, and Barack Obama, and is counselor and Distinguished Fellow at the Washington Institute for Near East Policy in Washington.