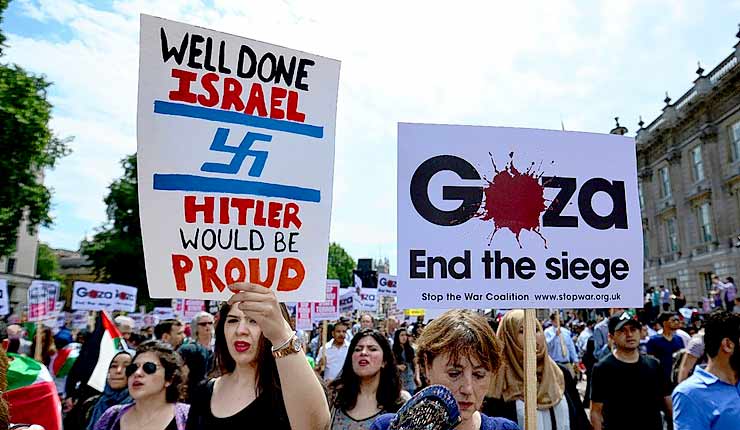 Many European Jews “live in fear” and are afraid to wear their religious garments on the streets of the continent’s major cities, the president of the EU parliament has warned.

“Jewish life is part of our culture and our identity. Without the Jews, Europe would not be Europe. Therefore it hurts that in today’s Europe, Jews again live in fear,” Mr Schulz said.

“It is unacceptable that Jews are reluctant to wear their traditional clothes and display religious symbols in the public because of fear of reprisals and aggression.

“It is saddening when Jewish people consider leaving Europe because they no longer feel safe.”

David Cameron meanwhile announced that a British national memorial will be built in Victoria Tower Gardens next to the Houses of Parliament. “It will stand beside Parliament as a permanent statement of our values as a nation,” the Prime Minister said.

Mr Schulz’s speech in Brussels came after a Jewish leader in France suggested Jewish men stop wearing the yarmulke, or skullcap, because it was leading to them begin targeted by anti-semites.

The suggestion prompted uproar from some French Jews, who saw it as defeatist, but others argued that their country was becoming increasingly unsafe for Jewish people.

Roughly 8,000 French Jews, a record number, have moved to Israel since the attack on the Charlie Hebdo magazine and a Jewish supermarket in Paris in January 2015.

Il Foglio, an Italian newspaper, gave each of its readers a white yarmulke on Wednesday as a symbol of its opposition to anti-semitism.