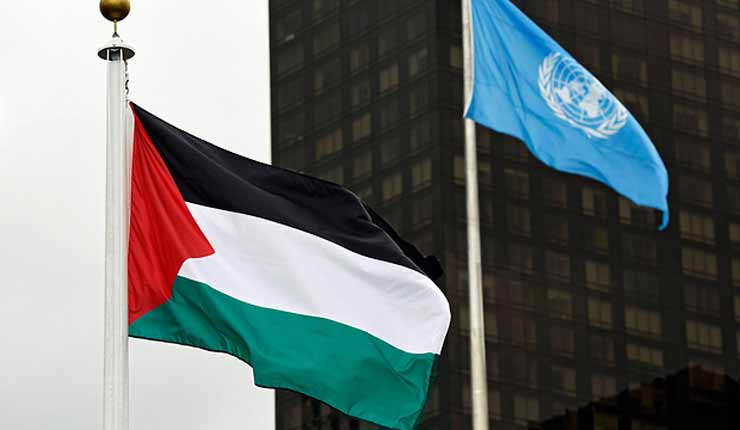 As UNESCO fails to acknowledge Jewish ties to Temple Mount, Palestinians celebrate, say resolution comes at a time of ‘increased Judaization of Jerusalem, and claim exclusive sovereignty over Christian, Muslim holy sites in the city.

“This decision is an important victory for the Palestinian people, the protectors of al-Aqsa, and in terms of national defense,” a Palestinian spokesperson said.

A Fatah press release said that the importance of the decision lies in its content, specifically that it denies any historical connection between Jews and Jerusalem and the Temple Mount.

The statement also stressed the important timing of the resolution, which comes “at a time of increased Judaization of Jerusalem and an increase in the number of infringements (by Jews) into al-Aqsa, along with the number of home demolitions.”

The Fatah statement also asserted that the resolution would never have passed had it not been for Palestinian President Mahmoud Abbas’s diplomatic skills—an apparent jab at rivals Hamas—and the help of both Arab nations and other countries all over the world.

The PA leadership then thanked the 24 countries that “supported the Palestinians,” and called on the six countries who voted against the initiative to reconsider their positions as they relate to “the legitimate rights of the Palestinian nation.”

A message from Abbas’s office to the US noted that “This decision (by UNESCO) highlights the need for the United States to re-examine its erroneous policies and stances which only encourage Israel to continue to occupy Palestinian lands.”

Palestinian Spokesman Nabil Abu Rudeineh asserted that international resolutions against the Israeli occupation and Israeli policies, including this latest UNESCO decision, are a clear message to Israel that the international community doesn’t agree with the occupation, and that the occupation only contributes to chaos and instability.

He stressed that the decision is an important message to the Israelis that they must end the occupation and recognize a Palestinian state with its capital in East Jerusalem, and that the Palestinians must have exclusive sovereignty over all Christian and Muslim holy sites.

The spokesman ended, saying that Israel must internalize the fact that its policies are only creating and maintaining a negative athmosphere, and that negative athmosphere radiates throughout the region. He added that the international community sees this, and is therefore against the State of Israel.