President Hollande has admitted ‘France has a problem with Islam’ 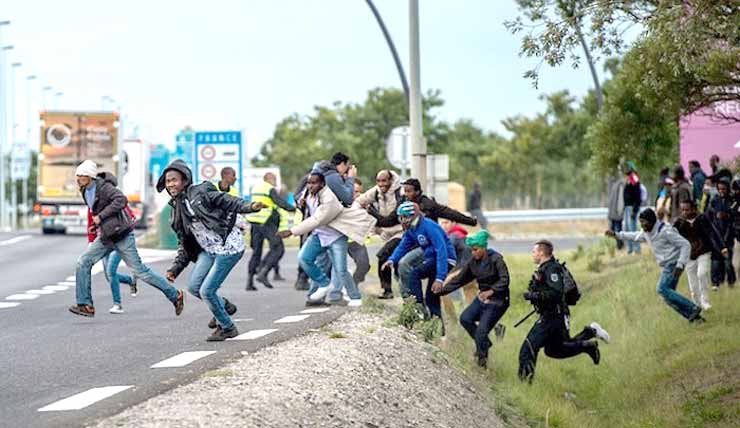 French president Francois Hollande has admitted the country ‘has a problem with Islam’ and warned France’s national symbol will one day by a woman in a burka.

Hollande also branded ethnic minority football stars as ‘guys from the estates, without references, without values, who leave France too early’, it emerged today.

The words were all part of a more general attack on people from Muslim backgrounds whom the Socialist Mr Hollande views as a major difficulty for his country.

He claims France ‘has a problem with Islam’ and warns that the national symbol of his country could one day be a woman in a veil.

In explosive revelations made by investigative journalists, the Socialist Mr Hollande emerges as every bit as right wing as his hated opponents from the National Front and Republican parties.

During his election campaign, Mr Holland was regularly on the estates, claiming he was at one with poor communities.

But his hypocrisy has now been exposed by authors Gerard Davet and Fabrice Lhomme, Le Monde journalists who base their book on 61 interviews carried out with Mr Hollande over the last four years.

He reveals that he no longer supports mass immigration, saying ‘I think there are too many arrivals,’ and says: ‘It’s true there’s a problem with Islam, it’s true. It’s not in doubt.’

Mr Hollande says of Marianne, the mythical female symbol of the French Republic: ‘The veiled woman of today will be the Marianne tomorrow.’