The sickness of narrative thinking 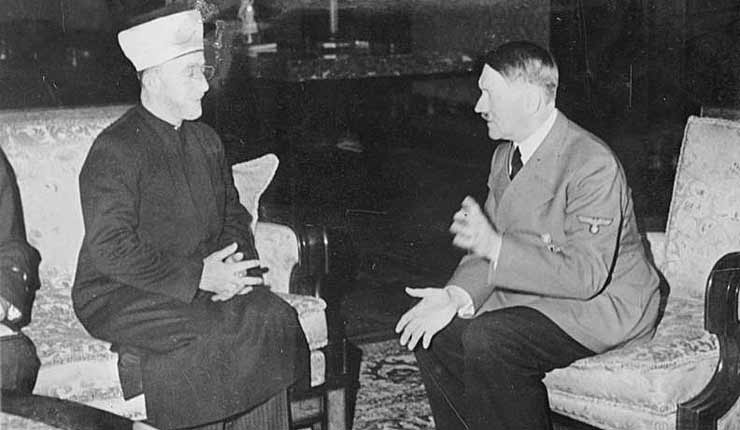 Op-ed: In recent years, the truth has fallen casualty to storytelling; the Palestinian narrative of the Nakba must not over ride the truth that the Arab armies came to try and destroy Israel in its inception, and must not infantilize the Arab population by not holding them accountable for their actions.

A severe disease has stricken the institutes of knowledge, media, and academia in Israel. It’s the disease of narrative thinking. There is no longer and truth, no historic facts. We are living in a new world. Instead of serious research aimed at finding the truth, the world now sees reality through different stories, with each community, group, people, and country having its own.

Case in point, the claims made by MK Ayman Odeh (leader of the Joint List party) following the death of former president Shimon Peres. According to Odeh, the “Palestinians of 1948” (how Israeli-Arabs define themselves), who experienced the “Nakba,” are victims of the Zionist enterprise, of which Peres is a main representative. So why should the victim come to the criminal’s funeral?

And so, things should be made clear: There was indeed a Nakba. There was a disaster. Crimes were committed during the Independence War, whose victims were local Arab people. And those who would deny this are at least as bad as MK Odeh and his “narrative.” We need to acknowledge this not in order to identify with the victims on a human level (not that this is unimportant), but because these are facts.

The thing is, MK Odeh ignores the fact that the Arab leadership of that period, to which he is a successor, mad it unequivocally clear: Not only are we not interested in compromise and in a division of lands, we plan on conducting a massacre.

There was no guarantee that the Jews would win. Initially, the Arab invasion was successful. The people of pre-state Israel were scared. Parts of the land given to the Jewish state were conquered. The threat was very real. There were quite a few failures. The Old City of Jerusalem remained in Arab control.

The Arab side’s intentions are fairly easy to interpret. The mufti, Haj Amin al-Husseini, wrote that, “Cooperation with Nazi Germany is meant to give a free hand to destroy all Jews in Arab countries and in Palestine.” The mufti managed to escape trial for cooperating with the Nazis and became the leader who spearheaded the most extreme radical line of thinking in the Arab world.

Then-Secretary-General of the Arab League Abdul Rahman Azzam, said, “This will be a war of destruction and a great massacre.” Then-Prime Minister of Iraq Nuri al-Said claimed, “We will crush the state with our guns and destroy any place in which the Jews seek shelter.” Then-leader of the Muslim Brotherhood Hassan al-Banna stated that, “If the Jewish state becomes a fact, The Arab peoples will throw the Jews living amongst them into the sea.”

We could go on, there’s more where that came from. The Holocaust was just three years prior. The Jews were a refugee people, not colonialists. If the Jewish entity were defeated, it would have ended in genocide. It didn’t happen. There was a rough war; here and there, during battle, there were forced relocations. 711,000 people became refugees. But in those years, it was the norm. Tens of millions became refugees at the end of World War 2. In addition, more Jews were evicted from and robbed by Arab staes. It happened due to the Arab League’s decisions , as well as a series of pogroms and killings. That was the Jewish Nakba. It was more severe than the Palestinian version.

All this has been well-known, not just to Zionist historians. Odeh’s predecessors in the Communist party signed the Israeli Decleration of Independence. One of them, Tawfik Toubi, took pride that, “The reactionary Arab leaders couldn’t foil the establishment of a Jewish State according to the UN’s partition resolution.” How far apart Toubi and Odeh are.

Toubi wasn’t a subdued Arab man – he was proud. Odeh is moving backwards. He moved over to the reactionaries’ side. He’s fallen deep into the waters of the narrative sea, and is encouraged by academics who’ve sold their souls to the lies. First among them is Odeh’s party member, Dr. Illan Pappe’, who has openly stated, “The struggle is over ideology, not facts. We are trying to convince as many people as possible due to ideological reasons, not because we seek the truth.” Pappe’s Ideology is clear: The elimination of the Zionist entity. He’s on the Mufti’s side, not on Toubi’s.

These narratives have become a major obstacle of peace and reconciliation. If Odeh and others believe Zionism is a crime and that they are clean, then their stubbornness is justified and the only way forward is to fight. The abused and abuser need not compromise: The abuser must be punished. So, according to Odeh’s worldview, and the “narrative” he believes in, there’s no need to go to Shimon Peres’ funeral. He needs to be shunned. Peres isn’t any ordinary abuser: He’s a mega-abuser.

And so, we need to fight the illness of narrative thinking especially since it belittles Arab people. It’s condescending. It relieves them of responsibility, as is done to children or mentally challenged adults. And even though some parts of the world treat Arabs as inferior, they are not so. The day the condescending people who pretend they are enlightened understand that the Arabs are equal adults, the chances of reaching a compromise will rise greatly. For all of our sakes, it better come soon.

When I heard of Peres’ death, I was at the home of some Arab friends in Paris. Unlike what some may think, the news stations of the Arab world did not express hatred or glee. They addressed the matter factually and coldly. There were no descriptions of Peres as a “Zionist war criminal.”

In that sense, the Arab response was reasonable. It seems that this was also the response of most Arab Israelis. True, they voted in droves for the Joint Arab List. But a vote for a party does not, of course, imply a total agreement with the party’s political actions. Most Likud voters oppose a bi-national state, even though many of the party’s MKs support the idea of one big country. The same is true for Israeli-Arabs.

The tragedy is that history is repeating itself. Most Palestinian Arabs during the War of Independence weren’t involved in decision-making or in fighting – the Mufti decided for them. This story is coming back. The Arabs of Israel are once more victims of a stubborn, reactionary, unrealistic, narrative-worshiping leadership.

Ayman Odeh insists on walking the Mufti’s path. For the sake of Israeli-Arabs and peace , we should hope an Israeli-Arab leadership emerges that will push all Israeli citizens forward – Jews and Arab alike – towards progress and away from collapse. Inshallah.


French PM: There WILL Be Another Terror Attack, 15,000 On Watchlist Top Hamas Official: We Must Further Enhance Ties With Iran; Palestinian ‘Resistance’ Ready to Enter Real Battle With Israel