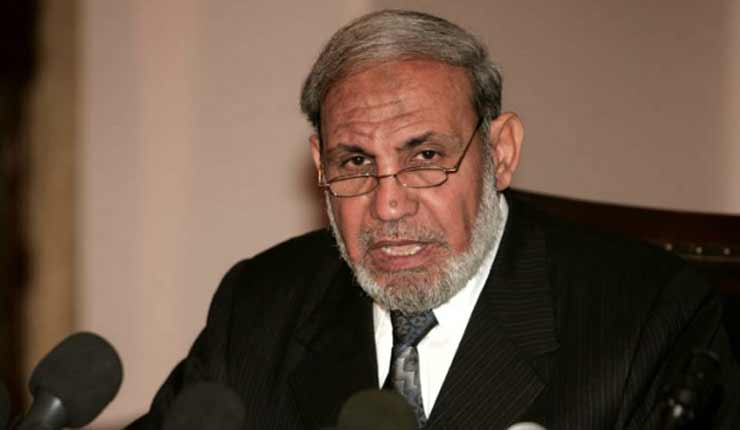 A top Hamas official called for the bolstering of his group’s ties with Iran and issued a threat to Israel, in an interview with the Islamic Republic’s semi-official state news agency Fars on Monday.

Mahmoud al-Zahar — a co-founder of the Islamic fundamentalist terrorist organization that rules the Gaza Strip — said, “Relations with Iran are acceptable but they should further enhance and develop [and]…if the regime (Israel) is after a new war against the region, (it should know that) the Palestinian resistance, more than what they imagine, is ready to enter a real battle.”

Last month, as reported by The Algemeiner, Mohammad Majedi — a high-ranking Iranian diplomatic official stationed in Beirut — told Hamas’ envoy to Lebanon Ali Baraka that Tehran would continue to support “the Palestinian nation, the resistance groups and Palestine’s Intifada against Israel’s occupation.” And Baraka, for his part, declared that Hamas was determined to maintain good ties with Iran.

As reported in The Algemeiner earlier this year, Iran has been making serious attempts to restore its relationship with Hamas. Shiite Iran was once a main backer — both financially and militarily — of Sunni Hamas, but ties soured following the outbreak of the Syrian civil war in 2011, when they found themselves on opposite sides of the conflict and Hamas was forced to abandon its Damascus command post.

Qasem Soleimani, the commander of the Iranian Revolutionary Guard Corps’ Quds force, was quoted as saying in March, “The world has changed since the Arab Spring. Neither Iran nor Hamas is as it was before. But Hamas and Iran have the desire for a strong uprising in Palestine and confrontation against Israeli aggression. It is imperative to create a new basis for our relations.”

Soleimani continued: “Over the past few years, many mistakes were made, some on the part of Hamas and some on Iran’s part. Nevertheless, we both know that the resistance is in danger, and we know that the only country that can support Palestinian resistance is Iran.”