German MP: No anti-Semite or Nazi will silence me 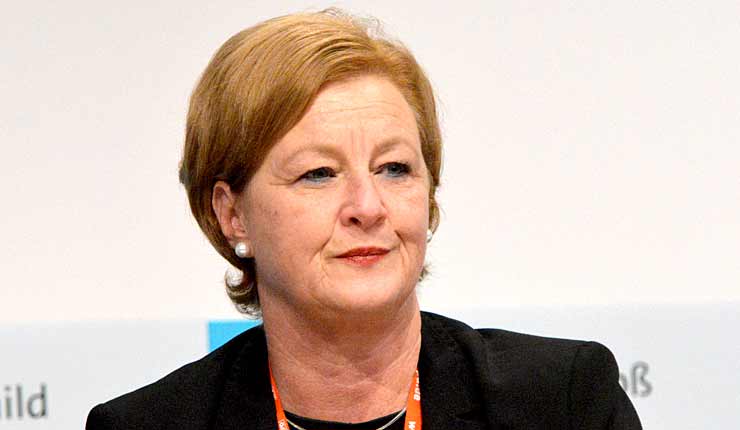 German lawmaker Michaela Engelmeier, the target of recent death threats for working to fight racism in Germany and oppose the BDS movement, visits Israel and vows defiance in the face of the threats • “They don’t know who they’re dealing with,” she says.

A member of the Social Democratic Party of Germany, Engelmeier is currently in Israel on a private visit with her partner, Michael Thews, a member of the German Israel lobby. She was defiant over the weekend in the face of the online derision and threats she has received.

“They don’t know who they’re dealing with. No anti-Semite or Nazi will silence me,” she said. “The attacks against me only encourage me and prove to me how important my mission is.”

Engelmeier has been part of a public battle against German high-school teacher Christoph Glanz, an outspoken BDS supporter who in September outlined the movement’s goals in a two-page article in the Oldenburg chapter’s monthly magazine of the Education and Science Workers’ Union, calling for a complete boycott of the State of Israel.

On his Facebook page, under the name of “Christopher Ben Kushka,” Glanz agreed with another commenter that Israel should have been created in southern Germany.

Glanz also chose Holocaust Remembrance Day to tell his students that Israel was committing genocide against the Palestinians. As well as teaching 10th grade, Glanz also volunteers as a teacher for a “welcome course” for refugees.

The national teachers’ union in Germany said its Oldenburg chapter, of which Glanz is a member, acted on its own accord by publishing his pro-BDS article, and added that it opposes boycotting Israel and rejects anti-Semitic views. The union has reportedly launched an official inquiry into the publication, and has said it will examine Glanz’s continued employment. The inquiry focuses on Glanz’s use, as a state employee, of a public platform to voice political views.

In the ensuing public storm surrounding the publication, several pundits noted that Glanz’s pro-BDS article appeared to be the first time since the Second World War and the Holocaust that a national workers’ union in Germany had called for a boycott of Israel or Jews.

In response, Glanz said he was “appalled at the response of the national union, which was influenced by Jewish politicians and community leaders.”