The Unbearable Misunderstanding of Goldberg 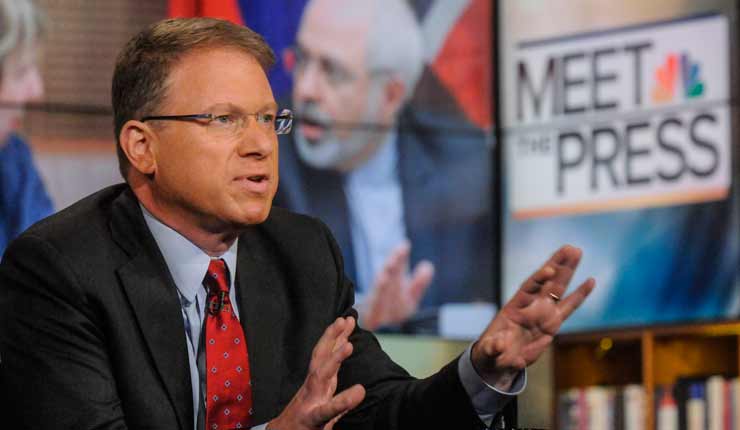 Big claims. None of them true.

Implicit in Goldberg’s piece is the assumption that the Israeli people must be stupid or naive. Why else would they keep voting for someone Goldberg considers such a short-sighted fear-monger?

Prime Minister Netanyahu has been elected to four terms because Israelis trust him to navigate the stormy seas that surround Israel and to keep them safe and prosperous.

That’s worth a lot when nearly half a dozen states in our region have collapsed and Israel is surrounded by mass-murdering Islamist terrorist organizations—ISIS in Syria and the Sinai, Hezbollah in Lebanon and Hamas in Gaza.

Too often in Israel’s history, grave misreadings of reality have led to tragedy. The Oslo process resulted not in peace but in over a thousand Israelis being murdered by Palestinian terrorists.

In 2005, Israel uprooted every soldier and Jew living in Gaza hoping it would encourage peace. Instead, Hamas, a terrorist organization that calls for genocide of all Jews, came to power and launched nearly twenty thousand  rockets and missiles at Israeli civilians.

Today Hamas’ deputy speaker of the parliament, Ahmed Bahr, calls to murder Jews “down to the very last one.” So-called Fatah “moderates” like Jibril Rajoub said recently that if he could get his hands on a nuclear weapon, he would use it that very day over Israel. The Iranian regime emblazons its missiles with “Israel will be wiped out.”

Is this “fetishizing fear” to “traumatized constituents,” to quote Goldberg, or pointing out simple truths to people whose lives depend on knowing them? Too often, the world has minimized or ignored explicit calls for the murder of Jews. Not Israel today. Certainly not this Prime Minister.

Contrary to Goldberg’s spurious claim, the Prime Minister does not seek to preserve the status quo. He  has consistently offered and genuinely hopes to begin peace talks with the Palestinians immediately and without preconditions. He remains fully committed to his vision of peace based on two states for two peoples where a demilitarized Palestinian state finally recognizes the Jewish State of Israel.

Goldberg fails to mention that the Palestinians rejected Israeli peace offers in 2000 and 2008 and today refuse to even negotiate with Netanyahu.

Unfortunately, the Palestinian leadership has shown time and again that they don’t want a state beside Israel. They want a state instead of Israel.

Goldberg casts the Prime Minister as an obstacle to peace despite the evidence to the contrary.

He also accuses the Prime Minister of badly misplaying Iran. History will judge Netanyahu differently—boldly taking Israel’s case to the American people and Congress to highlight the existential threat of the world’s worst state sponsor of terror seeking atomic bombs. Netanyahu’s determination over the years to prevent a nuclear armed Iran was a leading force that helped galvanize sanctions against Iran in the first place. Without Israel’s steadfastness, Iran would have had nuclear weapons long ago. His clear stand against the nuclear deal brought much of the Arab world closer to Israel as Tehran’s apocalyptic mullahs threaten them no less than us.

Having spent countless hours with Prime Minister Netanyahu, I feel qualified to correct what Goldberg gets wrong about him.

First, the Prime Minister is a staunch optimist. He has no doubt that Israel has an incredible future ahead.

Israel’s economy is thriving and its diplomatic relations around the world are flourishing. Nearly every day, Prime Minister Netanyahu meets with Presidents and Prime Ministers, foreign ministers or delegations from Congress. They all ask how they can deepen cooperation with Israel.

Many states in the Middle East now recognize that Israel is not their enemy but their indispensable ally in the fight against radicalism. Far from being pessimistic, he thinks the war against ISIS is eminently winnable.

He is bullish on Israel’s future in America. Support for Israel in America is at record highs because the American people know that Israel has the same values and the same enemies as America. And that support thankfully remains strongly bi-partisan, as nearly every vote in Congress demonstrates. When the Prime Minister was re-elected in 2009, 63% of Americans had a mostly favorable or very favorable view of Israel according to an annual Gallup poll. Today that number has risen to 71%.

Goldberg writes that the Prime Minister is abetting anti-democratic forces, yet during his tenure Israel’s democratic institutions remain strong and Israeli society is becoming more inclusive and pluralistic. Today more women serve in the Knesset than ever and Arabs have the third largest party.

Netanyahu is strongly committed to integrating the Arab sector fully into Israeli society. The decision to invest 13 billion shekels in the Arab sector—the largest such investment ever made— was passed by Prime Minister Netanyahu’s government and will support Arab employment, public safety and transportation.

Prime Minister Netanyahu opened this school year at an Arab school, likely the first Israeli Prime Minister to ever do so. He told the students, “This is your country” too, and encouraged them to achieve everything they dream of.

He then spent several hours meeting leading Arab-Israeli journalists. He speaks passionately about equal opportunity for Arabs as he did again recently in a video seen by millions on social media.

He is immensely proud of a new pilot program that requires Jewish students to study Arabic starting in 5th grade. The more we speak to one another, he says, the better.

Readers of Goldberg’s piece would come away knowing none of this.