Antisemitism Masquerading as an Angel of Light 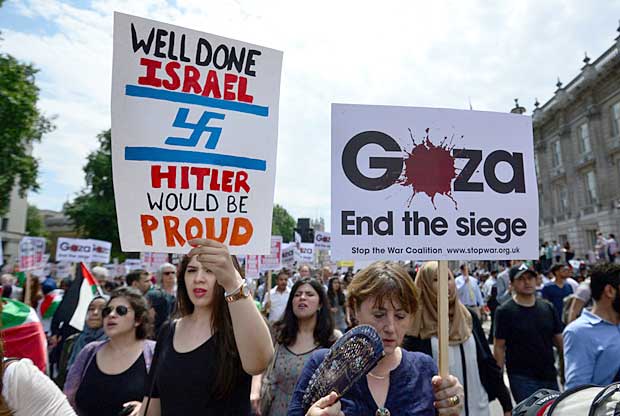 If one were to choose the most important point from Rabbi Lord Jonathan Sacks’ speech on the mutation of antisemitism, given at the the European Parliament on September 27, it would be this: To justify their hate for Jews, today’s antisemites appeal to “the highest source of authority worldwide [which] is human rights. That is why Israel … is regularly accused of the five cardinal sins against human rights: racism, apartheid, crimes against humanity, ethnic cleansing and attempted genocide.”

Sacks (pictured), who served as Chief Rabbi of the United Hebrew Congregations of the Commonwealth from 1991 to 2013, was able to give a precise prognosis to the elusive disease of antisemitism.

Given the complexity of this malignant phenomenon, Sacks’ speech should be considered one of the more helpful attempts to unveil the beast masquerading as an angel of light.

Sacks updates the definition of antisemitism, which is no longer just hate for Jews and Judaism. “[Contemporary] antisemitism means denying the right of Jews to exist collectively as Jews with the same rights as everyone else,” Sacks stated, correctly noting that antisemitism has morphed into hate for Israel.

“The new antisemitism,” he continued, “has mutated so that any practitioner of it can deny that he or she is an antisemite. After all, they’ll say, I’m not a racist. I have no problem with Jews or Judaism. I only have a problem with the State of Israel. But in a world of 56 Muslim nations and 103 Christian ones, there is only one Jewish state, Israel … the only one of the 193 member nations of the United Nations that has its right to exist regularly challenged, with one state, Iran, and many, many other groups, committed to its destruction.”

Though this modern mutation of antisemitism claims to be peace-loving and chiefly concerned with human rights, it has proved to be exactly the opposite, bringing only misery and strife rather than peace and prosperity.

Europe was not a happy place during the Crusades and Nazi Germany, and Europe is not a happy place now. Persecuting Jews, said Sacks, has never benefited anyone, least of all the antisemites themselves. “The appearance of antisemitism in a culture,” he concluded, “is the first symptom of a disease, the early warning sign of collective breakdown.”

Out of love for an ungrateful Europe, Sacks summed up with a sober warning: If Europe does nothing to stop antisemitism, if Jews leave Europe, “European liberty will die.”