Why ‘Brexit’ Will Strengthen NATO and the West 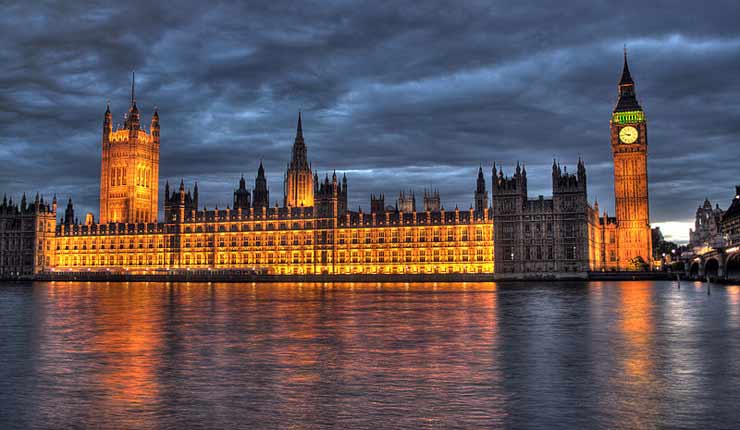 Three months after the Brexit vote, it’s time for the UK’s leaders to “get this country moving again,” as JFK once exhorted Americans. Or “make Britain great again,” per Donald Trump, if you prefer.

Brexit was undeniably a revolution in human affairs, opening up vistas for Britain once buried in European Union bureaucracy. Both economically and politically, London has a unique opportunity to rewrite the international conventional wisdom.

Margaret Thatcher foresaw exactly what Britain needs today: “Don’t follow the crowd. Let the crowd follow you.” On Britain’s relationship with the EU, for example, commentators dissecting the “Norway model” or the “Swiss model” are missing the point. Create a British model suited to Britain’s needs, and press ahead.

Negotiations with Brussels’ bitter-enders will be difficult; no one who has ever dealt with the EU could imagine anything else. But do not approach the EU true believers as supplicants. Their businesses and consumers want access to UK markets, products and services just as their British counterparts want the reverse.

Within the EU and within individual European governments, particularly Germany, Britain’s negotiators should seek allies to outflank recalcitrant politicians, many of whom are already severely stressed because of mistakes on other fronts, notably the terrorist attacks and refugee floods sweeping the continent. Divide and conquer has long been a winning strategy, and can be again in the exit negotiations.

On those security issues, Brexit affords the UK the opportunity to be an independent world power once again. No longer drowning in the molasses of EU decision-making, London can act as an equal partner with Washington regarding threats to the West globally.

True, there are those in America, as well as Britain, who have long held that it is in America’s interest to have Britain inside the EU arguing the US case. On this theory, the UK’s role is to be the US barrister before the high court of Germany and France.

This has always been nonsense. It hasn’t worked for the United States, but more to the point here, neither has it worked for Britain. You lose nothing by abandoning the role. The notion that Britain must have “a seat at the table” in the EU appeals primarily to those whose sole objective is having a seat at the table. (This means you, Whitehall mandarins.) Actually getting things done requires rising from a table and doing it, precisely what Brexit now allows.

EU politico-military decision-making invariably produces a smoothie – appetising perhaps, but hardly durable. Recent French and German efforts to move (yet again) toward more robust EU military capabilities may achieve rhetorical success, but little else. From the St Malo declaration forward, the EU collectively has been long on defence talk and short on action. A fully independent UK can now be more effective with NATO’s central and eastern European members by not having to temper its security posture to suit Berlin and Paris. For example, Britain’s view of resurgent Russian militarism within the former Soviet Union has consistently been more clear-eyed than many of its continental partners.

Now, London will once more have its own voice to say so.

Whether, after the US presidential election on November 8, America will again have the political leadership it needs to complement renewed British assertiveness is presently unknowable.

The election is tightening, however, as Trump’s support solidifies and as Clinton’s manifest inadequacies become more evident. But whatever happens in November, Britain must still make her own way.

History’s opportunities do not last forever. The Brexit decision should not be squandered through indecisiveness and inaction. If Britain proceeds confidently, the ripples of Brexit in Europe and beyond will force reforms that could remake the European political landscape to the advantage of both the UK and its soon-to-be-former EU partners. The same is true for NATO, which needs to become more agile and less bureaucratic.

Britain’s actions over the next few months will be more important for itself and the wider West than anything London has done since 1945.

John Bolton is a former United States Ambassador to the United Nations. This article was originally published by The Daily Telegraph.