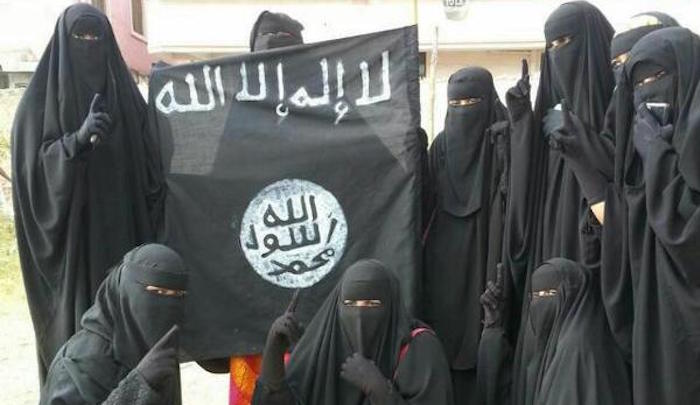 Morocco has dismantled a suspected ISIS militant cell and arrested 10 women believed to be planning attacks in the North African kingdom, the Interior Ministry said on Monday.

It was the latest in a series of militant cells Morocco says it has broken up, but it is the first time authorities have arrested a group of female suspects.

An Interior Ministry statement said the cell was operating in several regions including the cities of Kenitra and Tangier.

It said the cell members reflected an ISIS effort to integrate female militants for attacks in the kingdom and they were inspired by the brother of one of them who was involved in bombings in Iraq earlier this year.

Morocco’s Central Bureau of Judicial Investigation (BCIJ), the judicial arm of the domestic intelligence service, seized chemicals and bomb-making materials in one of the suspects’ houses, the statement said.

The BCIJ has actively tracked alleged militants since ISIS seized large parts of Syria and Iraq in 2014-2015.

Hundreds of fighters from Morocco and other Maghreb states – Tunisia and Algeria – have joined Islamist militant forces in Syria’s civil war. Some are threatening to return and create new jihadist wings in their home countries, security experts say.

Nearby Libya has become a major draw for jihadists from North Africa and sub-Saharan Africa as ISIS has taken advantage of widespread chaos there to build a base, operate training camps and take over the city of Sirte.

The Moroccan government believes 1,500 Moroccan nationals are fighting with militant factions in Syria and Iraq. About 220 have returned home and been jailed, while 286 have been killed in battle.

Morocco, an ally in the Western campaign against Islamist militancy, has suffered attacks itself in the past, most recently in 2011 in Marrakesh when an explosion tore through a cafe and killed 15 people, mostly foreigners.