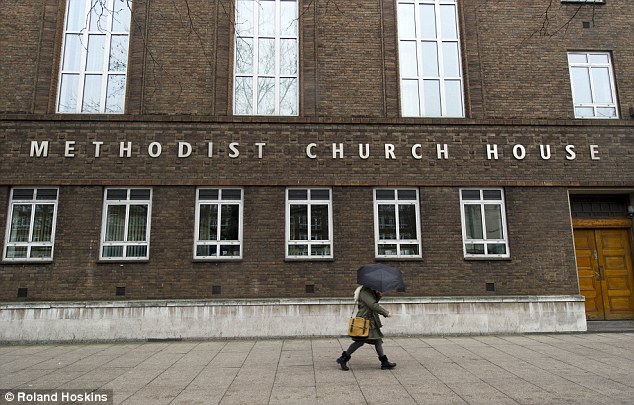 The Methodist Church in Britain hates Israel. I love Israel. I became a Zionist at the age of five. It had nothing to do with the Bible. My father, a nominal Roman Catholic from the Portuguese colony of Goa, held me spellbound with tragic stories of the Shoah and heroic stories of the Six Day War.

Before I could hear the tale of Jack and the Beanstalk, I heard Leon Uris’s account of the Nazi occupation of Poland narrated in his novel Mila 18. While other children were watching Julie Andrews play Mary Poppins, I was watching Paul Newman play Ari Ben Canaan in Exodus. When my father played his favourite LPs on his record player, he made it a point to tell me that Jascha Heifetz, Fritz Kreisler, Yehudi Menuhin, and Isaac Stern were Jewish.

Why this potted biography? Because I want you to know that my philosemitism does not stem from American dispensationalism or any such weird and obscure theological tribalism. Renowned conductor Zubin Mehta has had a life-long love affair with Israel. He is Music Director for Life of the Israel Philharmonic Orchestra. Mehta is an Indian Zoroastrian, not an American Dispensationalist.

My childhood in India insulated me from the virus of anti-Semitism. India and Israel have an ancient relationship. When the West was expelling Jews, India was welcoming them. When Arab and Portuguese invaders threatened Jews in the 1400s, the Maharajah in Cochin invited them to settle and build their synagogue next to the town’s Hindu temple. India is mentioned in the book of Esther. India even shares her own trauma of partition with Israel—the result was Pakistan and 14 million displaced refugees. No one questions the legitimacy of Pakistan!

This is why I am utterly repulsed by the anti-Israel bombast and bluster of the left-wing firebrands of Methodism, Anglicanism, and some strands of evangelicalism. The most recent example of this self-righteous moral crusade against Israel is the “Checkpoint” exhibition at the ‘inclusive’ Hinde Street Methodist Church in London last week. The exhibition is pretentiously titled “You cannot pass today: Life through a dividing wall.” A Jewish friend from London described it to me as ‘low-key, amateurish, and even comic.’

The virtue-signalling cheerleader who organised the exhibition is Katherine Fox, a Methodist local preacher. Ms Fox is aflame with righteous indignation after returning from her stint as a “human rights” volunteer in the Holy Land. ‘Londoners know what it is like to be constantly late for work, miss hospital appointments and get crushed on a lengthy commute through no fault of their own,’ she says. Are you kidding me? Londoners do not get knifed in pizza parlours or blown up by suicide bombers coming from Essex or Surrey. If they did, Sadiq Khan, Mayor of London, would rush to IKEA and buy a flat pack fence, sealing the borders of London from the rest of the country.

London may house useful idiots like Ken Livingstone and Jeremy Corbyn. But not even “Red” Ken would quote Hassan al-Banna in his mayoral manifesto and say: ‘Israel will exist and will continue to exist until Islam will obliterate it, just as it obliterated others before it.’ This is precisely what the Hamas Covenant unequivocally states. That is why comparing London with Israel is a non-starter.

Of course, Hinde Street Methodist Church has a more prestigious Israel-bashing predecessor. In 2013, St James’ Church, Piccadilly, celebrated the birth of the Jewish Jesus with an even bigger exhibition. It was not a photographic exhibition of the 24 Christians killed that week by Boko Haram in Nigeria. It was not a candlelit vigil for six doctors and 50 innocents slaughtered in a massive suicide attack on a hospital in Sanaa with 167 injured. God forbid, no! The ‘exhibit’ was a life size 30-metre long replica of Israel’s security wall. It cost the church £30,000.

So why are so many Christians picking on the only Jewish state in the world? Earlier this month the Christian charity World Vision acquired the nickname Blurred Vision after it was caught diverting seven million dollars of materials and cash to Hamas,including Hamas’ armed wing. The left-wing charity Christian Aid which is no longer very Christian or very charitable has had a long history of promoting anti-Israel propaganda. So does Embrace the Middle East, which ought to be re-namedEmbrace the Palestinians—because that is just what it does.

I do not get it. You do not see Israeli Jews running around shouting ‘Elohim Gadol’ (God is Great) and beheading Christians. You do not find Israeli textbooks describing Palestinians (or Christians) as apes and pigs. You do not read reports of Jews in Golders Green grooming Muslim girls from Rotherham for sex. You do not get Jews rushing off to join Isis in the Middle East. If Jews (and Arabs and Christians and Druze and Bedouin) in Israel do not set up checkpoints to protect their own people who will protect them? Ms Kathy “Lefty Do-Gooder Bleeding Heart Liberal” Fox on a gap year doing student tourism?

And now that Ms Fox has done her bit for justice in Gaza, will she hold her next exhibition on Christians being slaughtered in Pakistan, Iran, and Syria? Or showcase the horrific treatment of domestic workers from India, Indonesia and the Philippines in Saudi Arabia? Or display pictures of unborn babies murdered by abortion clinics? Or do a presentation on any of the real moral evils facing the world today? No. The anti-Israel brigade does not confront real evil. It confronts ‘evils’ fashionable among the acolytes of cultural Marxism: homophobia, Islamophobia, xenophobia, transphobia, sexism, racism, conservative bigotry, global warming and cigarette smoking. The Left loathes Israel. The Left loathes Christianity. The Left loves Islam. What do Christians like Katherine Fox do? They join the Left and commit hara-kiri—ritual suicide by disembowelment.

So why is the Methodist Church in Britain obsessed with Israel? Why, in its view, is Israel more evil than all other countries who are murdering Christians? With seriously dwindling congregations—many of which resemble geriatric societies—why is the Methodist Church preoccupied with the BDS movement? Why do Methodists not get on with John Wesley’s vision of evangelising the nation? When did it forget that its founder was a Zionist?

Like many British evangelical leaders and social reformers of his day, including William Wilberforce, the Earl of Shaftesbury and the Bishop of Liverpool J C Ryle, John Wesley was clear that the Bible mandated the return of the Jews to the land.

In his Explanatory Notes upon the New Testament (1755) he wrote: ‘So many prophecies refer to this grand event, that it is surprising any Christian can doubt of it. And these are greatly confirmed by the wonderful preservation of the Jews as a distinct people to this day. When it is accomplished, it will be so strong a demonstration, both of the Old and New Testament revelation, as will doubtless convince many thousand Deists….’

The restoration of the Jews to Israel and the rebirth of Israel in 1948 may well convince Deists of God’s continuing purposes for the Jewish people. It certainly convinced me. It will not, however, convince progressive Marxist Methodists.

The Rev’d Dr Jules Gomes is pastor of St Augustine’s Church, Douglas, on the Isle of Man.