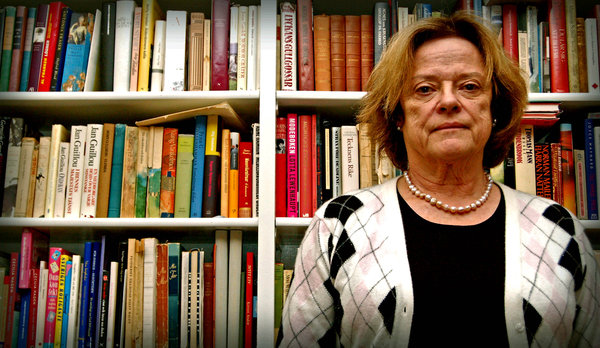 Cecilia Hagen is a famous Swedish writer and journalist. In a recent column, after a lengthy discussion about how she hates rats, she declared that anybody who does not support the Muslim invasion of Europe is a ‘brown rat’ who deserves to be exterminated:

In his chronicle network Hagen An to a blog post that the Bar Association Secretary General Anne Ramberg recently wrote in which she called anti-immigrant politicians for “brown rats”. Above all mentioned the moderate senator Hanif Bali in her blog post.

Hagen begins his chronicle with addressing the persistent problem of rats in Stockholm. Then she directed the focus toward people with immigration critical opinions. “It’s those other councilmen who I would like to wipe out in a dignified manner. The brown,” she writes.

She asks a little later how best to “get rid of human brown rats” and suggests the use of poison (source, Hagen’s original article here)

Just imagine if this was written about Muslims in Europe.

This article is a reflection of a greater trend. There has been a lot of arguing about the status of Islam in Europe, but recently things have started to take a murderous tone. This is beyond arguments- it is about outright war.