Bahraini Writer: I Was Shocked To Discover How Many Young Arabs Idolize Adolf Hitler 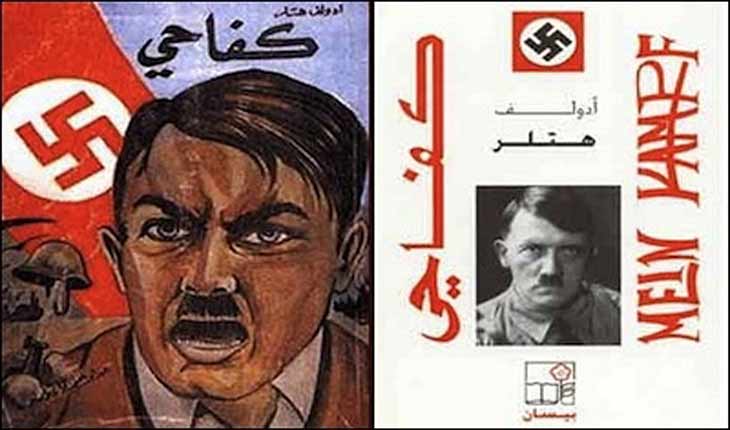 On February 27, 2016, Dr. Entesar Al-Banna, a columnist for the Bahraini daily Al-Watan, wrote that she had discovered, much to her surprise, that many young Arabs idolize Adolf Hitler, mainly for his strength and steadfastness in fighting the entire world.

She assessed that this phenomenon stems from the wave of violence afflicting the region and the sense of helplessness that it causes, as a result of which people look to someone who challenged the rest of the globe.  According to her, this worship of strength reflects the instability and the crisis of the Arab world, a crisis which is manifested in many ways, ranging from suppression of free expression to the use of extreme violence on all levels.

The following are excerpts from her column:[1]

“In a course for teenage girls, where I was present, the instructor asked the girls an ordinary question: ‘Who is your favorite figure?’ Most of the answers were interesting, and included new media figures with whom I am not familiar, especially from Snapchat. But the shocking answer given by several of the girls – which compelled me to argue with them – was that they were fans of Hitler!

“I interrupted one of the girls who said that Hitler was her favorite figure, asking her: ‘Are you serious or joking?’ She looked at me, amazed, and replied: ‘Yes, I am serious.’ This led another girl to add: ‘I too love Hitler’s personality.’ I asked the first girl: ‘What do you like about Hitler’s personality?’ She responded, very confidently: ‘His strength, and his ability to unite his country’s military and leadership and to stand fast in war.’ I asked her: ‘Do you realize that his strength caused an entire world war, and the destruction of Germany and France?’ She responded: ‘Yes. I read his book Mein Kampf and was impressed by his strength, his faith, and his perseverance.’

“Her answer surprised me still further, because I myself haven’t read Hitler’s [auto]biography, nor am I curious to read it. I told her: ‘But Hitler was a dictator who heeded nothing but his inner voice, and was a racist who recognized only the German Aryan race.’ She responded: ‘So what? It was enough that he was strong!’ Then she changed the subject, saying: ‘I also like the strong militant personality of Che Guevara.’ Here I took advantage of the difference [between the two figures] in order to fulfil my formal role as a teacher, and told her that there is a difference between Hitler’s racist and dictatorial values and Che Guevara’s universal values, which favor the oppressed peoples and strive for justice and liberation. I suggested that she see the movie about Che Guevara’s life story, even though I, in all honesty, haven’t seen that either. And then she surprised me a third time by saying that she had read his [auto]biography, which had more depth than the movie. I didn’t even know that Che Guevara had written an autobiography.

“The young girls’ admiration of Hitler’s personality and their inclination towards powerful [figures] led me to search for [material] on ‘Hitler adoration’ and fandom, and indeed, I discovered a wide spectrum of young Arabs who love Hitler. Some said they admired him for killing the Jews, but most were enchanted by his strength, determination, and steadfastness. This begs the question: What is behind these young peoples’ love of strength? Are they fans of the violence engulfing the region? Or does the sense of helplessness and weakness [cause them] to adore of a figure who challenged the world with his strength and led an entire people to fight the world?

“We are facing a generation of young people who read [books], in an age when reading is considered obsolete – except that these [young people] read [material] of a very worrisome stripe, and acquire twisted values that could impact their future awareness, the extent of their control over things, and their situational assessments. The desire for acquiring and expressing power and for challenging the other has become a secret wish that steals into the hearts of these young people and which is expressed in many ways. This wish reflects the reality of a crisis-ridden, unstable society, [a reality whose expressions] range from suppression of free expression to the use of extreme violence on all levels – verbal, physical, and electronic [media violence].”


Geert Wilders For Breitbart: Let’s Lock The Door To Islam Double Standards for Aleppo and Gaza