Copenhagen IN FLAMES: Denmark hit by arson attacks as rampaging thugs remain on the lose 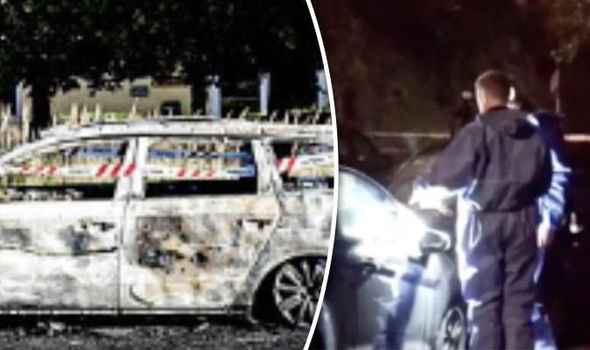 EXCLUSIVE: ARSONISTS thugs are still on the lose as Copenhagen police are struggling to end a month long car-fire rampage.

Denmark’s capital was thrown into chaos in August after more than 40 vehicles were torched.

A 21-year-old man was arrested in connection to the fires and he remains in custody, a police spokesman confirmed.

However express.co.uk has now uncovered more arsonists are on the lose.

The Copenhagen police spokesman said  despite the suspect being detained after the first batch of fires, the blazes have continued to plague the city.

A local resident, who asked not to be named, said she was concerned about the attacks.

The woman added that the fires had started in areas where many second-generation migrants live.

Police are still hunting for suspects but the spokesman added there had been fewer incidents after the force increased their presence in the streets.

The spokesman also declined to comment on whether the arsonist attacks were connected to the out-of-control car fires hitting Malmö in south Sweden.

But in August police spokesman Rasmus Bernt Skovsgaard said: “It is still too early to say anything on the extent to which this could have a connection to the fires that have happened in Sweden.”

The Copenhagen arsonist attacks come as shocking footage from Sweden shows police struggling to keep the lid on the unprecedented levels of crime as cars burn across Malmö.

More than 20 vehicles were set on fire in the southern city, which has been plagued by increasing levels of violence amid growing tensions.

Saturday saw Sweden’s third largest city suffer the worst surge of violence since July, with at least 70 cars burned out in less than three months.


Double Standards for Aleppo and Gaza Despite Other Global Conflicts and Occupations, Israel is the Only Country the UN Calls an “Occupying Power”