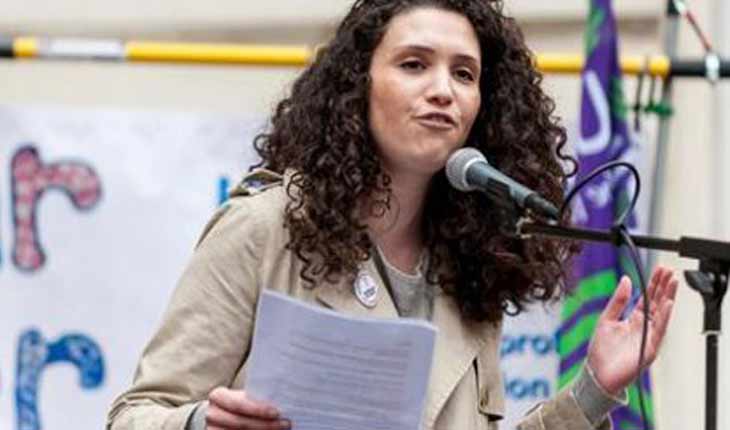 In an open letter on Wednesday, campus leaders across the UK slammed the head of the country’s largest student union for her repeated dismissal of concerns of systemic antisemitism on campuses.

“Over the past six months, the [National Union of Students’ (NUS)] Leadership has rightly come under increased scrutiny for its attitude towards Jewish students,” said the letter, signed by 43 student leaders and directed at NUS President Malia Bouattia.

Referring to a recent interview with the UK’s Guardian — in which Bouattia acknowledged that she applies double standards when it comes to racism against Jews — the student leaders wrote that despite an ongoing discussion of antisemitism within the NUS, the voices of Jewish students have been ignored.

“Time and again Jewish students have not felt safe participating in our national movement, because of the actions and rhetoric of leadership of NUS,” the letter stated.

The student leaders demanded that Bouattia and the organization under her leadership “listen to Jewish students when they say something is antisemitic.”

They also addressed apologized to Jewish students in the letter, saying: “We…promise to respect, champion and listen to your concerns. The students movement and NUS is absolutely a place for you.”

The publication of the letter comes a day after Bouattia failed to apologize for comments widely condemned as antisemitic.

As reported by The Algemeiner, when challenged by BBC Radio 4 on Tuesday about her characterization of the UK’s Birmingham University as a “Zionist outpost” because of its large Jewish population, Bouattia was unrepentant.

“I would certainly review my language and would definitely want to explain the political context which I was discussing. I absolutely was not saying the things that it has been interpreted as [being antisemitic], if you will,” she said.

As The Algemeiner previously reported, the Algerian-born Bouattia first attracted controversy when she was running for the NUS leadership position, and comments she had made in support of terrorism against Israel came to light. In 2014, for example, while speaking at a “pro-resistance” event celebrating “Gaza and the Palestinian revolution,” she asserted that it is “problematic” to consider that “Palestine will be free” only by means of “non-violent protest,” and bemoaned the fact that “resistance” is presented as terrorism.

The NUS represents some 600 student groups and 7 million individuals across the UK.