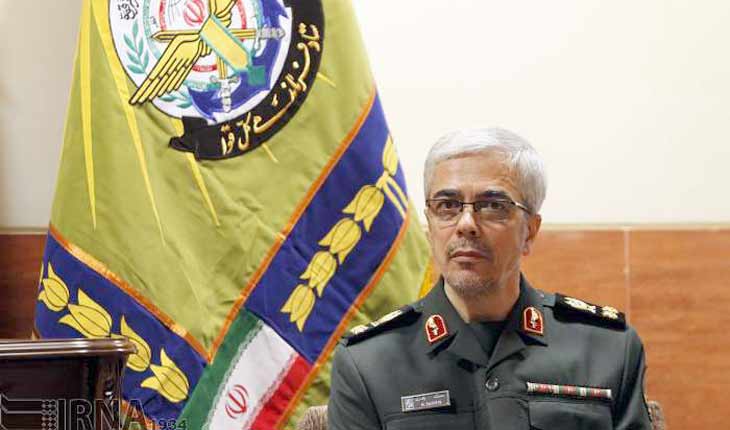 The chief of the Iranian armed forces, Major General Mohammed Bagheri, said that his country had been employing the military expertise it had acquired since the Iran-Iraq War to reinforce its power over five Arab countries, Moheet.com reported on Friday.

In a military parade marking the 36th anniversary of the almost eight-year war against Iraq that began in 1980, Bagheri and other military leaders stressed that Iran still faced military threats in the region, including US forces that operate in the Arabian Gulf area.

Bagheri listed the five countries where Iran holds sway as Yemen, Syria, Iraq, Lebanon and Palestine, reiterating that Iran considers these countries as part of its “axis of resistance,” a term frequently used by Tehran to market its claim that it is leading the fight against Israel and the US, which it describes as the “Great Satan.”

Bagheri also criticised Iranians he accused of planning to weaken Tehran’s military power, referring to the remarks of veteran politician and former president Akbar Hashemi Rafsanjani who had called for his country to give up investing in military power and instead concentrate on economic development.

Speaking about role models in this regard, Rafsanjani mentioned Germany and Japan, saying that they do not waste money on military power, but instead spend on scientific and economic advancement.

Iran regularly positions itself as an anti-US, pro-Islamic force in the Middle East. However, there have been many instances of its deep cooperation with great powers. An example is the Irangate scandal involving Israel, the US and Iran where the former two armed the latter in its war against Iraq.


Despite Other Global Conflicts and Occupations, Israel is the Only Country the UN Calls an “Occupying Power” Twitter users outraged as Bahraini PM pays respects to Shimon Peres