Despite Other Global Conflicts and Occupations, Israel is the Only Country the UN Calls an “Occupying Power” 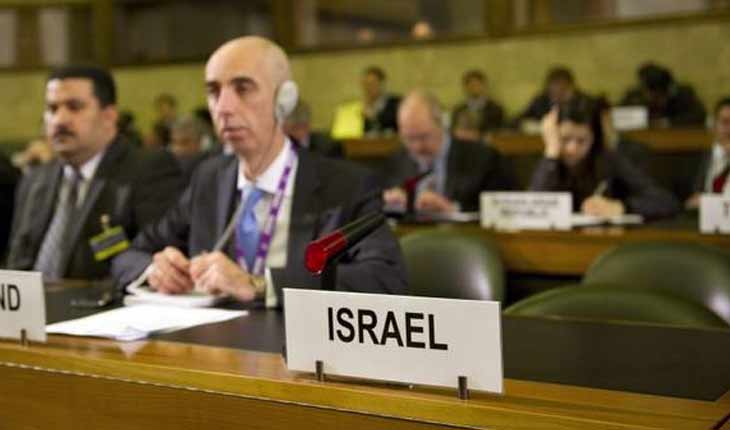 Forget prolonged military occupations in East Timor, Cyprus, Georgia, Cambodia, Azerbaijan, and the Crimea; Israel is the UN’s only “occupier.”

Is there any doubt that giving more power and authority to the  United Nations will not only compromise U.S. security but also the security of other other countries within the Western world, including Israel? Just take a look at the list of current members (here) that makeup the U.N. Human Rights Council, which includes some of the biggest human rights abusers. So, we are going to have the likes of Saudi Arabia, Cuba, China and other authoritarian regimes enlightening the free-world on human rights? What a joke. Maybe we should raise awareness that, in Saudi Arabia, one can allegedly receive a death sentence for renouncing his or her Islamic faith.

Furthermore, we have already seen members of the Organization of Islamic Cooperation (OIC) advocate for the United Nations Human Rights Council Resolution (UNHRC) 16/18, which seeks to stifle criticism of Islam and Islam’s prophet, Muhammad. If anti-Western coalitions such as the O.I.C., allegedly “the largest United Nations bloc” (including 57 member states if counting the alleged ‘State of Palestine’), are so influential with the U.N. – how can we look to the U.N. for any kind of justice or fairness? We can’t. Just look how the U.N. deliberately tries to demonize Israel when discussing the Arab-Israeli conflict, while either ignoring or providing scant coverage to other important conflicts around the globe. The Wall Street Journal unveils the U.N.’s double standard with Israel:

Our research shows that the U.N. uses an entirely different rhetoric and set of legal concepts when dealing with Israel compared with situations of occupation or settlements world-wide. For example, Israel is referred to as the “Occupying Power” 530 times in General Assembly resolutions. Yet in seven major instances of past or present prolonged military occupation—Indonesia in East Timor, Turkey in northern Cyprus, Russia in areas of Georgia, Morocco in Western Sahara, Vietnam in Cambodia, Armenia in areas of Azerbaijan, and Russia in Ukraine’s Crimea—the number is zero. The U.N. has not called any of these countries an “Occupying Power.” Not even once.

Yet the bias goes further:

General Assembly resolutions employ the term “grave” to describe Israel’s actions 513 times, as opposed to 14 total for all the other conflicts, which involve the full gamut of human-rights abuses, including allegations of ethnic cleansing and torture. Verbs such as “condemn” and “deplore” are sprinkled into Israel-related resolutions tens more times than they are in resolutions about other conflicts, setting a unique tone of disdain.

Israel has been reminded by resolutions against it of the country’s obligations under the Geneva Conventions about 500 times since 1967—as opposed to two times for the other situations.

In particular, the resolutions refer to Article 49(6), which states that the “Occupying Power shall not deport or transfer parts of its own civilian population into the territory it occupies.” This is the provision that the entire legal case against Israel settlements is based upon. Yet no U.N. body has ever invoked Article 49(6) in relation to any of the occupations mentioned above.

Israeli politician Danny Ayalon also gives a breakdown of the U.N. hypocrisy in this video. Not only does a large segment of U.N. General Assembly “Member States” comprise of countries where basic religious and political liberties for minorities are repressed, but it also includes rogue states that advance jihad either directly or indirectly like Iran and Saudi Arabia. Furthermore, it’s ridiculous that those in the Western world, including Israel (the only genuine democracy in the Middle East) have to take harangues by such actors. For example, at the U.N. General Assembly in 2012, on the Jewish day of atonement (Yom Kippur, high holy day), then-Iranian President Mahmoud Ahmadinejad lambasted Israel and the international order – calling Israel a “fake government” and referring to them as “uncivilized Zionists” among other things.

Considering everything mentioned above it’s absurd how some U.S. leaders want to give the U.N. General Assembly even more power – especially with the U.S. currently wielding the “right to veto” resolutions, being one of the five “Permanent Member States” of theU.N. Security Council. While such efforts to make the U.N. more ‘democratic’ may sound appealing to some globalists, it ignores the fact that many U.N. member countries haven’t even truly bought into the U.N.’s flawed Universal Declaration of Human Rights. When U.S. politicians like President Obama and Democratic Presidential candidate Hillary Clinton seek to concede U.S. sovereignty to the empower the U.N., we need to remind them how bad of an idea that is for not only the U.S. but the rest of the free-world as well.