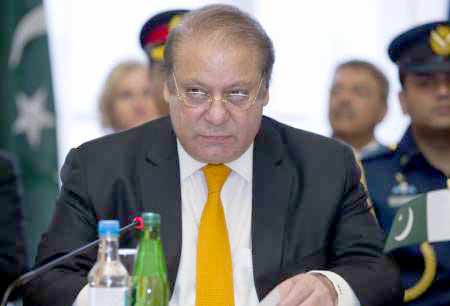 Israeli Prime Minister Benjamin Netanyahu cancelled his dinner plans Wednesday night after he learnt that Pakistani Prime Minster Nawaz Sharif had booked a table at the same restaurant that night.

Netanyahu had reserved tables at the Italian eatery, Serafina Always, but “he opted not to eat at Serafina after learning Pakistan’s leader would be there,” the New York Post reported. “Netanyahu has the best security in the world. But one can assume that it wouldn’t make sense for him to be at a restaurant at the same time as Sharif,” the report added.

According to the Post, Sharif dined on the second floor of the restaurant with his wife who “looked beautiful dressed in gold,” and ten others for three hours.

While Israel and Pakistan have no diplomatic ties, the two prime ministers are in New York for the annual United Nations General Assembly.