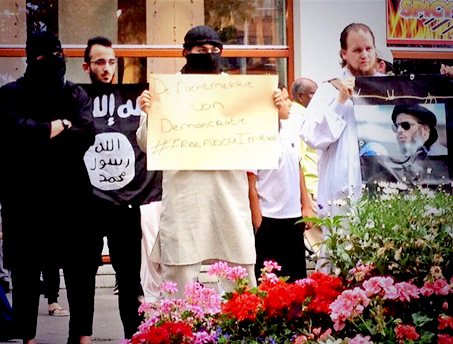 Four were Spanish and one was Moroccan, it said. Two were detained in Barcelona, one in Spain’s North African enclave of Melilla, one in Brussels and one in Wuppertal, Germany.

Spanish police worked in conjunction with German and Belgium federal law enforcers in the arrests, the ministry said.

The group used social media, specifically a Facebook page “Islam en Español” (Islam in Spanish), which had over 32,000 followers, to glorify the Islamic State and spread the message of the militant group that operates out of Syria and Iraq, the ministry said.

Operating almost exclusively in Spanish, they are accused of commissioning attacks, radicalization, promoting Islamist militancy and acting as go-betweens for the group in Europe.

Since Spain raised its alert level to 4, the second highest, in 2015, its police have arrested 143 Islamist militants, with 113 in Spain and 30 outside of the country.

Some 34 people have been arrested this year in relation to Islamist militancy, according to government figures.


The Muslims of Cuba Netanyahu’s invitation