ISIS are plotting wave of car bomb attacks across Europe, intelligence chiefs fear, amid ‘exodus’ of its fighters in Syria and Iraq 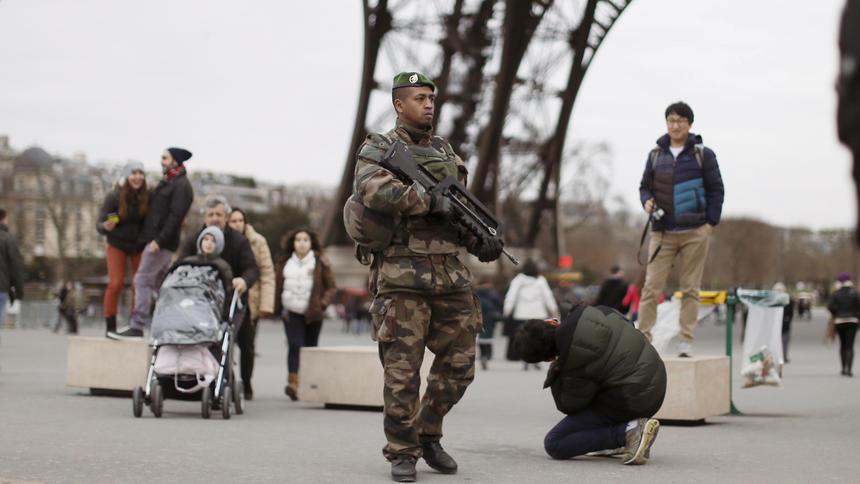 Officials believe the jihadi terrorists could use vehicles packed full of explosives as a new ploy to bring fresh devastation to the continent.

The EU’s counter-terrorism coordinator Gilles de Kerchove warned Europe needed to prepare for an ‘exodus’ of thousands of fighters returning from Iraq and Syria.

He also cautioned there is an increasing risk Libya will be used as a ‘springboard’ to launch attacks on Europe.

Mr de Kerchove, who is the EU’s senior anti-terror official, told MEPs: ‘The terrorist threat has never been so high in the last 20 years.

‘We fear that Daesh might step-by-step move to other modus operandi. Car bombs might be one. We know how much they learn how to build vehicle-borne improvised explosive device. And there is a concern as well on the use of chemical weapons.’

Car bombs can be particularly deadly as vehicles can be packed with large amounts of explosives and driven into the centres of busy cities areas without attracting suspicion.

More than 5,000 Europeans are believed to have travelled to conflict areas in Syria and Iraq with fears they could come back and launch attacks at home.

Mr de Kerchove said: ‘A serious issue is the returnees, the exodus of the fighters, not if because we are sure that it will happen, but when the caliphate will collapse.

‘How will we handle not hundreds but thousands of fighters who will either want to go to another hotspot – Libya is probably the most obvious one but there are many others where they can hide – or they may want to get back home?

EU countries are working together to make it harder for people to become foreign fighters, but Mr de Kerchove said this meant many of those radicalised online are remaining in Europe.

‘We have less and less Europeans going to Syria because it is more difficult to reach Syria these days, but we have more and more people inspired,’ he said.

Syrian refugees arriving in Europe are also seen at risk of being recruited to Islamic State. Mr de Kerchove said: ‘We have seen in some member states – in particularly Germany – salafist organisations already trying to recruit in the refugee camps.

‘It is not a coincidence because they will want to compromise the refugees, as it may trigger the vicious circle of Islamophobia and radicalisation. ‘

Islamic State has also established a foothold in Libya. Mr de Kerchove said: ‘The concern is to see Libya developing more and more into a springboard for Daesh and a place from which attacks could be planned on Europe.’


Bahrain FM: Iran Seeking to Jeopardize our Security 'Axing Hamas from EU terror list would be lowest point for European Jews since Holocaust'