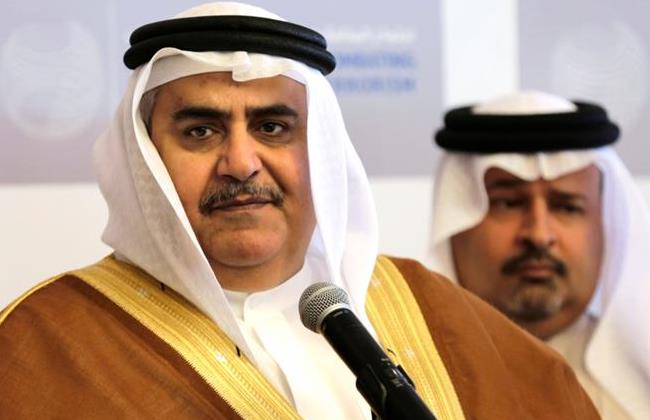 New York – Bahrain’s Foreign Minister Sheikh Khalid bin Ahmed bin Mohammed Al Khalifa has stressed in the speech he delivered at the 71st U.N. General Assembly session that Iran is holding onto its attempts to jeopardize his country’s security and social peace, through support provided to militias and terrorist organizations.

“We still hear the same irresponsible sectarian discourse from Iran,” he said on Monday.

The minister said efforts exerted by Arab countries “were met with no serious response from Iran.”

“The GCC and all Arab countries have spared no effort to build with this neighboring country the best possible relations on the basis of good neighborliness and respect for the sovereignty of states,” he told the General Assembly.

Sheikh Khalid bin Ahmed bin Mohammed Al Khalifa said his country attaches great importance to the goals of the current session which is being held by the theme of “The Sustainable Development Goals: A Universal Push to Transform our World.”

“My country will persevere in its commitment consistent with the ambitious national plans and programs, fully convinced that the achievement of these goals promises a brilliant future for its citizens.”

With respect to the Libyan crisis, the Bahraini foreign minister said Libya “badly needs the solidarity of all parties and the unification of their efforts to go through this difficult stage and to overcome the challenges facing it and its people’s aspirations to live in peace.”

He also reiterated his country’s commitment to restore the legitimacy in Yemen.

On Syria, he rejected foreign interference and said humanitarian aid should reach the war-torn country in line with Security Council resolutions.

The minister also asked Israel to be serious in the peace process and stressed the need for the consolidation of efforts to regain the authority of the Iraqi state over all territories and for curbing militias.
Source: Asharq Al-Awsat


Abdullah bin Zayed: ‘Iran’s Actions Cause Tension, Instability in the Region’ ISIS are plotting wave of car bomb attacks across Europe, intelligence chiefs fear, amid 'exodus' of its fighters in Syria and Iraq