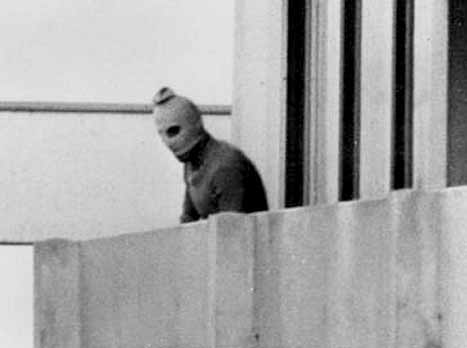 The world must insist that Palestinian leaders refrain from praising past and present acts of terror, writes Michael Oren.

The 2016 Olympics remembered the 11 Israeli athletes massacred by Palestinian terrorists at the 1972 Munich games, but the Palestinian Authority (PA) is praising the atrocity. The International Olympic Committee erected a memorial in Rio to the slain Israeli sportsmen and honored them at the closing ceremony. Yet on September 5, the anniversary of that horrific event, the official website of Fatah, the organization headed by PA President Mahmoud Abbas, hailed the outrage as an “heroic operation” and “one of the most important actions in modern history.”

The Munich Massacre took place on September 5, 1972, when members of Black September, a Palestinian terrorist group closely allied with al-Fatah, infiltrated the Olympic village with explosives and automatic weapons. They took 11 Israeli athletes hostage, brutally beat and tortured them,while shooting two of them to death. The rest they killed with gunfire and grenades when German forces attempted a rescue. A German policeman was also murdered.

And the PA takes pride in that as indeed it does in all acts of terror against Israelis. Recently, after the stabbing and shooting of three Israeli civilians—among them Richard Lakin, an American citizen and devoted peace activist—the PA lauded the Palestinian killers as ”heroic martyrs” who promptly “ascended to heaven.”

PA officials have named summer camps, scouting troops, and even soccer tournaments after terrorists. According to Palestinian Media Watch, the name of Dalal Mughrabi, who led a single attack that killed 37 Israelis, including 12 children, today adorns West Bank streets and public squares as well as two elementary schools, a community center, and a kindergarten.

Official Palestinian support for the killing of Jews intensified over the past year in which at least 33 Israelis and two American tourists were murdered, many of them by young Palestinians wielding knives. The PA and Fatah websites encouraged these youths to embark on stabbing rampages that in most cases resulted in their deaths. Like the murderers of Richard Lakin, these suicide terrorists were branded “martyrs.” Extolling violence against Israelis in their nation’s capital, Abbas declared: “I welcome every drop of blood spilled in Jerusalem.”

By closely monitoring Palestinian websites and other intelligence methods, Israel’s security forces have preempted many of these attacks. But the PA’s determination to instill hatred in Palestinians erases hopes of resolution. Bred on a constant curriculum of denying Israelis the right to life, much less to freedom in their homeland, generations of Palestinians are unlikely to reconcile with them. Israel, by contrast, names its streets and schools after Menachem Begin, Yitzhak Rabin and other champions of peace. While we prepare our people for co-existence, the PA is educating Palestinians for bloodshed.

Such incitement must and can be stopped. U.S. State Department spokesman Mark Toner publicly condemned the “Fatah Facebook post that glorified the terrorist attacks on the Munich Olympics where 11 innocent Israeli athletes were killed.” Shortly after Toner’s denunciation, Fatah took down the post.

The world must follow America’s example. After rightly memorializing the Munich massacre at the Rio games, the international community must insist that the PA refrain from praising all acts of terrorism, past and present. Only then can Palestinians be truly educated about peace.

Michael B. Oren, formerly Israel’s ambassador to the U.S. and a member of Knesset (the Israeli parliament), is the author of Ally: My Journey Across the American-Israeli Divide .