Labour Jewish leader: Party in ‘crisis’ with the community 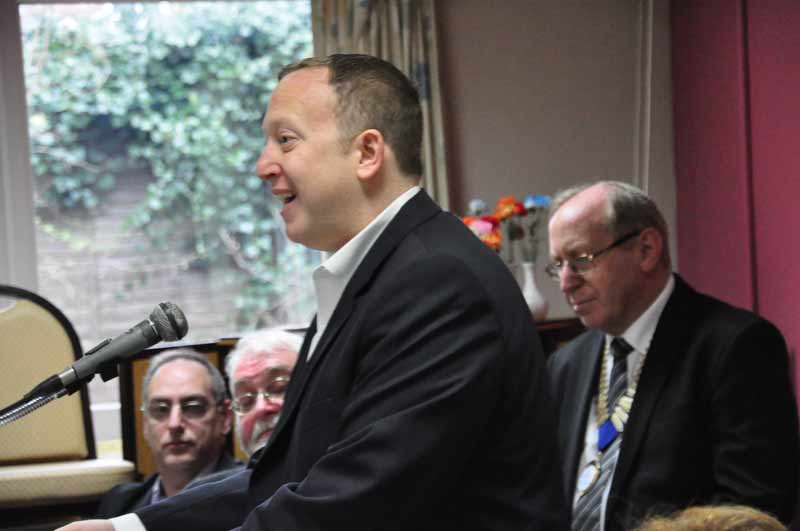 A representative of Jewish Labour members has expressed dismay at the British party’s attitude towards accusations of anti-Semitism, telling backers of newly re-elected leader Jeremy Corbyn he feared a “crisis” in the relationship with the Jewish community.

Speaking Sunday at a Liverpool gathering of Momentum, one of the Corbyn-backing groups within Labour, Jeremy Newmark, chair of the Jewish Labour Movement, told the audience “The last poll on Jewish support for Labour showed it was somewhere between 7.6 percent and 8%,” according to a report in the Guardian.

“Some of you may welcome that news. But to me that statistic is a crisis. That statistic is what needs to be addressed,” he said. “You can mock it, you can deny it, you can misquote surveys and statistics. But at the end of the day, you’re only kidding yourself.

“If you don’t believe it’s a statistic that needs to be addressed, the message you’re sending out to my community is you don’t care about that relationship and that Jews are not welcome in this party.”

Corbyn has faced allegations that his pro-Palestinian politics and endorsement of radical anti-Semites has encouraged hate speech against Jews. He has been accused of doing too little to curb rampant anti-Semitism among party members and lawmakers, some of whom have been suspended for making racist and anti-Semitic statements in public or on social media.

Speaking before Newmark, the group’s vice chair — who was briefly suspended from the party in May for claiming that Jews were “chief financiers of the sugar and slave trade” — claimed accusations of anti-Semitism were being “exaggerated” and “weaponized” to undermine Corbyn.

Jackie Walker, who says she has Jewish ancestry, told the crowd accusations of anti-Semitism in the party had become “a weapon of political mass destruction.

“I’m not saying that antisemitism does not exist in the Labour party. The Labour party, after all, is simply a reflection of society. But I am saying that claims of its significance are being exaggerated for political purposes…to undermine Jeremy and silence his supporters” as well as silence “any criticism or any potential criticism of the Israeli state.”

Newmark responded that ““There is no conspiracy to silence legitimate debate about the state of Israel.”

Also Sunday a veteran Jewish peer resigned from Labour in protest of Corbyn’s re-election, claiming the party had become “lukewarm” on fighting anti-Semitism.

Lord Parry Mitchell announced his resignation following Saturday’s results in the bitterly contested leadership race. He had told the London-based Jewish Chronicle in August that he would no longer represent the party if Corbyn remained its leader.

Lord Mitchell, who became a peer in 2000, called Labour a “lost cause,” and accused Corbyn of being “lukewarm” about tackling anti-Semitism. He also said that Corbyn was surrounded by people with “violent anti-Israel views.”