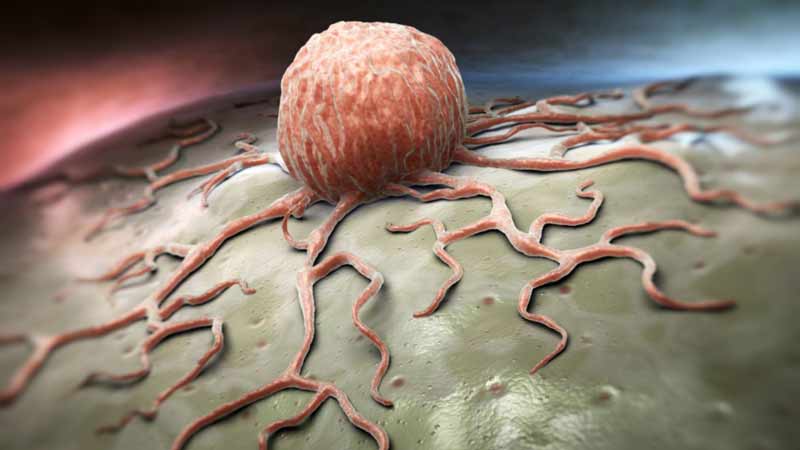 In breast cancer breakthrough, scientists discover targeted delivery of microRNAs to primary tumors blocks the movement of cancer beyond the breast.

Israeli and American researchers revealed yesterday that treating a primary breast tumor in lab mice with both genetic therapy and chemotherapy is extremely effective in preventing breast cancer metastasis, the deadly spread of cancerous cells to vital organs.

“Our mission was to block a cancer cell’s ability to change shape and move,” explained Shomron. “Cancer cells alter their cytoskeleton structure in order to squeeze past other cells, enter blood vessels and ride along to their next stop: the lungs, the brain or other vital organs. We chose microRNAs as our naturally occurring therapy, because they are master regulators of gene expression.”

The researchers based their approach on the three “Ds” — database, drugs and delivery. The team began by exploring bioinformatics databases to investigate the span of mutations in a tumor and identify precisely which ones to target.

They then procured a naturally occurring RNA-based drug to control cell movement and created a safe gold-nanoparticle-based vehicle for delivering the two microRNAs to the tumor site.

“We looked at mutations and polymorphisms that other researchers have ignored,” said Shomron. “Mutations in the three prime untranslated regions (UTRs) at the tail end of a gene are usually ignored because they aren’t situated within the coding region of the gene. We looked at the three UTR sites that play regulatory roles and noticed that mutations there were involved in metastasis.”

Two weeks after initiating cancer in the breasts of their mouse “patients,” the researchers injected the tumors with the microRNA hydrogel. Two days after this treatment, the primary breast tumors were excised.

The mice were evaluated three weeks later using CT imaging, fluorescent labeling, biopsies and pathology. The researchers discovered very few or no sites of metastasis in the mice that had been treated with the microRNA drug.

In stark contrast, the control group, which had been injected with random scrambled RNAs, exhibited a fatal proliferation of metastatic sites.

Hope in a bleak situation

“We realized we had stopped breast cancer metastasis in a mouse model, and that these results might be applicable to humans,” said Shomron.

One in eight women worldwide is diagnosed with breast cancer every year, and it is the second leading cause of cancer death in women despite early detection programs. About 80 percent of women with metastatic cancer die from the disease within just five years of being diagnosed.

“The situation is bleak,” said Shomron. “Death rates from breast cancer remain high and relatively unchanged despite advances in medicine and technology. We wanted to find a way to stop metastasis from happening altogether. It’s the turning point, where survival rates drop exponentially.”

The researchers are continuing their study of the effects of microRNAs on tumors within different microenvironments.

Shomron received his bachelor’s degree in biotechnology in Australia; his master’s degree in gene therapy at the Hebrew University of Jerusalem; and his PhD in genetics at Tel Aviv University, where he worked on regulatory RNA systems. He was a post-doctorate affiliate at MIT in Cambridge, Massachusetts. He heads the Functional Genomics Laboratory at Tel Aviv University’s Medical School and is editor-in-chief of Genetics Research, a Cambridge University Press Journal.

Click here to watch Shomron’s TEDx talk about his research.