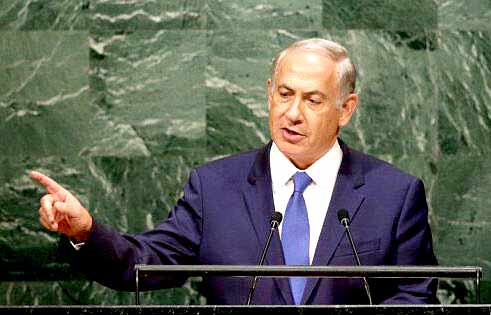 In a potential sign that Israel’s ties with the Sunni Arab axis in the Middle East are indeed getting stronger, the Kuwaiti United Nations delegation — for the first time in history – did not walk out of the hall on Thursday during Prime Minister Benjamin Netanyahu’s address to the General Assembly on Thursday, the Hebrew news site nrg reported.

Speaking with nrg, an Israeli diplomatic official said, “This was without a doubt a symbolic act that has not been seen before.”

In his UN speech, Netanyahu said that in addition to Egypt and Jordan, which already have signed peace treaties with Israel, “many other states in the region recognize that Israel is not their enemy. They recognize that Israel is their ally. Our common enemies are ISIS and Iran. Our common goals are security, prosperity and peace. I believe that in the years ahead we will work together to achieve these goals.”

There is still a long way to go, however, before Israel’s relations with former regional foes like Kuwait are fully normalized. Just last year, as reported byThe Algemeiner, Kuwait Airways — the country’s flag carrier — shut down its New York-London route following a US Transportation Department demand that the airline stop illegally discriminating against Israelis through its policy of refusing to sell them tickets.


Chuck Schumer: Anti-Semitism in too many European homes Muslims Demand That ‘Offensive’ Crosses Be Removed… From CATHOLIC School