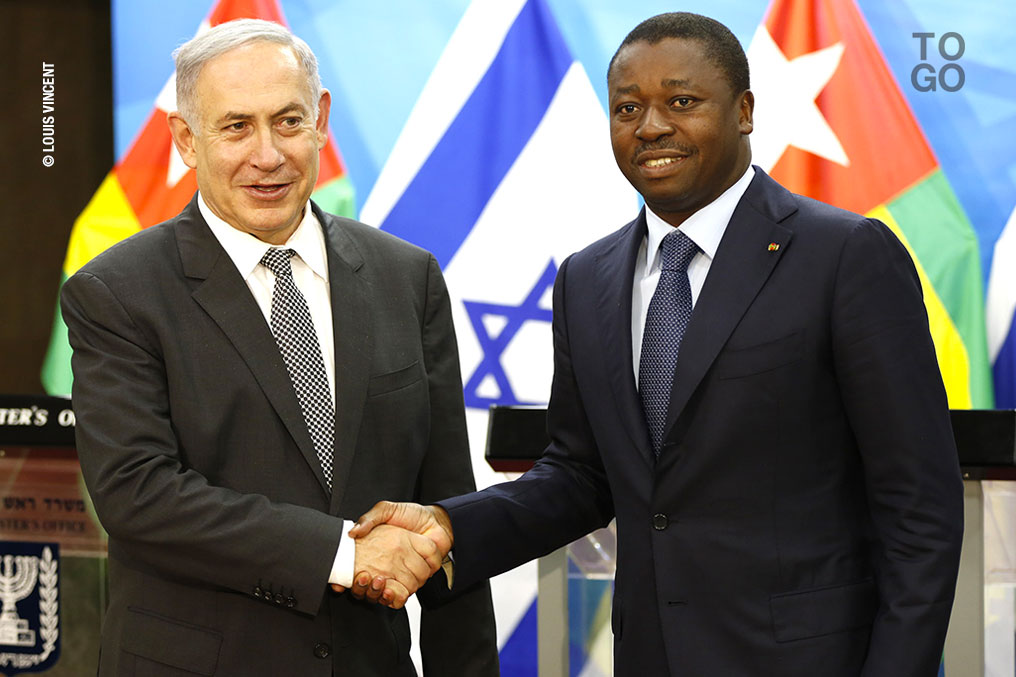 Togo President Faure Gnassingbe told a group of African leaders who met with Prime Minister Benjamin Netanyahu in New York on Thursday that African countries hesitant about strengthening ties with Israel should stop looking for excuses and work with Jerusalem to safeguard Africa’s interests.

“Africa is beset by difficulties and Israel holds the key to them,” the Togolese leader said. Gnassingbe is planning to host an Israeli-Africa summit in the spring of 2017.

Gnassingbe was one of three heads of state and 12 other prime ministers and foreign ministers from Africa at the meeting. The other presidents were Paul Kagame of Rwanda and Ernest Bai Koroma from Sierra Leone.

“Africa excites our imagination,” Netanyahu said at the closed-door meeting.

“We would like to propose a friendship and a partnership with every one of your countries.”

Gnassingbe said that while he was in Israel in August he appreciated “not only the unique security challenges” that Israel faces, but was also able “to better comprehend how much Israeli expertise can contribute to Africa.”

Gnassingbe said that “while Israel may not be the sole nation to master the expertise required to allow the development of the continent, it also is the most dynamic and the most competitive.”

After the meeting, Netanyahu and UN Ambassador Danny Danon held an event to present the latest Israeli technological developments to heads of state from Africa and developing countries.

Dozens of ambassadors, senior UN officials and representatives from the private sector also took part in the event, during which Israeli companies each presented their innovations individually.

One of the companies was Energiya Global Capital, which develops affordable solar projects worldwide with the goal of providing clean electricity to 50 million people by 2020. The company launched East Africa’s first solar field in February 2015 in Rwanda.

“There are 600 million people in Africa without electricity and another couple hundred million who are powered using dirty and expensive diesel,” Energiya Global Capital CEO Yosef Abramowitz said in his presentation, then added, “Well, a new light is shining out of Zion.”

Abramowitz chose to use the event at the UN to announce that his company is prepared to invest $2 billion in Africa over the next four years.

“We have already signed deals to deploy $250 million into commercial solar energy fields in the next 12 months,” he added. “And we would like to do more.”

Netanyahu told the audience he believes Israel can greatly contribute to Africa.

“Technology changes everything. And technology is related to so many areas: to healthcare, agriculture, education, and so much more,” he told the forum, which also included many New York Jewish leaders. “We want to share our knowledge and technology with the world.”

The meeting with the African leaders followed Netanyahu’s visit to east Africa in July – the first by an Israeli prime minister in 29 years – when he visited Rwanda, Kenya, Ethiopia and Uganda, where he held a summit with seven east African leaders. He has repeatedly expressed an interest in holding a similar summit in West Africa.